Amongst the team’s line-up is former Irish U23 Road Race champion Eddie Dunbar, with Will Barta, Adrien Costa, Chris Lawless, Jhonatan Narvaez, Ivo Oliveira, Logan Owen and Neilson Powless comprising the rest of the eight-rider roster, who will be managed by Sport Director Koos Moerenhout.

Dunbar had to overcome a broken collarbone from a training crash last season, but managed to bounce back to take a stage win in An Post Rás and also took top tens in both the European and World U23 Time Trials. It was the second season in a row that Dunbar had broken a collarbone, having crashed at the Tour de Yorkshire in 2015.

“I just want to race as much as I can,” he said of his plans for this coming season. “It would be nice to do something at the Amgen Tour of California and in Utah in August. I really enjoyed going that race last year.”

The 35th Volta ao Alentejo starts with a 158-kilometre stage from Portalegre to Castelo de Vide which features a number of climbs on route including a short climb to the finish.

The team have had some good performances at the Portuguese race in recent years. In 2015, Axeon Cycling riders James Oram and Ruben Guerreiro went 1-2 on the opening stage and Oram went on to finish third overall. Last year, Tao Geoghegan Hart finished sixth overall and second in the youth classification.

Last year, Axeon Hagens Berman won a team-record 36 races, including eight national titles and three team classifications. Three riders advanced to the WorldTour, bringing the number to 21 who have achieved that feat since Axel Merckx originated the program in 2009.

Geoghegan Hart signed for Team Sky at the end of last season, with Ruben Guerreiro and Gregory Daniel signing for Trek-Segafredo. 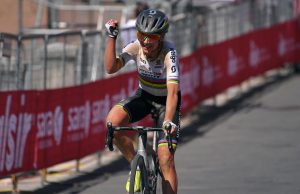 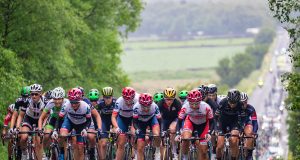