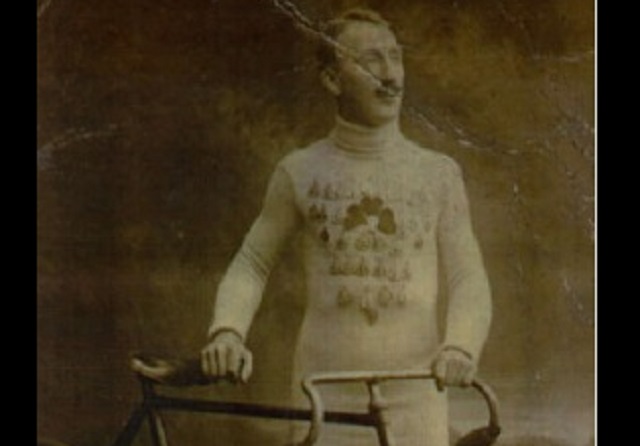 At the 1912 Olympics in Stockholm, and despite objections from other countries, the British Olympic Association (BOA) entered three teams in the cycling events, with one team from each of the separate English, Scottish and Irish governing bodies for the sport.

One of the cyclists who represented Ireland was Michael Walker. The Dubliner was born in 1885, and his sport of choice was originally football. He was one of the founders of Old St. Mary’s AFC and played full-back for the team before taking up cycling at the age of 25.

Walker raced for the Irish Road Club and showed promise from the start, as he was selected for the Olympics just a year after starting cycling. His brother John, who was three years younger, was also selected. Francis Guy, Ralph Mecredy, Matthew Walsh and Bernhard Doyle were the other team members.

The riders lined up in an individual time trial on the 7th of July which counted towards both the individual medals and the team medals. The race was an incredible 315 kilometres long which Rudolph Lewis of South Africa won in a time of 10 hours and 42 minutes. (A few years later, Lewis would serve in the German Army during World War I, and was awarded the Iron Cross.)

Michael Walker was the top Irish finisher in 67th place, with John finishing in 81st position and they finished in 11th place in the team competition out of 15 countries.

The Irish team were using Lucania bicycles which were manufactured by John O’Neill at the Lucania works on Pleasants Street, Dublin. The building still exists today. It was a measure of the quality of the bikes that they managed to have a complete team finishing in the team competition despite not having any spare bikes or even spare wheels.

Following the Stockholm race, a letter from one of the Irish cyclists outlined some of the difficulties they had faced.

‘None of us had the slightest trouble with our machines, although we had several bad falls, and I can tell you that numerous of our competitors’ machines broke in two and forks, etc., gave way during the course of the race, and as we were the only team who had no spare machines, our machines had to bear very close scrutiny from the other competitors, both native and foreign, who seemed surprised at the confidence we expressed in the ability of our machines to get through without any trouble. The result justified our confidence.’

In 1913, Michael won the Irish 50-mile championships as well as setting national records at both 12 and 24 hours. That same year, he attended the inaugural meeting of the Irish Volunteers whose primary aim was “to secure and maintain the rights and liberties common to the whole people of Ireland”.

Two years after the formation of the Irish Volunteers, an armed insurrection took place, primarily in Dublin, which became known as the Easter Rising with the aim of ending British rule in Ireland.

The two Walker brothers were posted to Jacob’s biscuit factory along with 150 other men under the command of Thomas MacDonagh with Major John MacBride second in command. However, the Walkers would spend much of their time working as couriers conveying messages around the city.

In a witness statement he made in 1948, Michael Walker discussed his role during Easter week in 1916. “My brother John and myself, being well-known racing cyclists at this period, had been appointed by our Coy. as men who were each to mobilise at short notice so many members of the Coy. whenever they would be required.”

On the Wednesday, a request was received from Eamon de Valera to help relieve pressure on Boland’s Mill where de Valera was stationed. “Members of the garrison with bicycles were selected for this sortie including my brother John and myself and we left the buildings some time in the afternoon,” Walker said. “We proceeded …… as far as Holles Street where we dismounted and fired several volleys up towards Mount Street Bridge.”

On their return however, they “came under machine gun fire from the top of Grafton Street.” Michael and his brother escaped unscathed though.

Their battalion would go on to surrender on Sunday the 30th of April and McDonagh and MacBride were amongst those executed. Michael and John managed to escape, but were subsequently arrested and sent to Stafford Jail.

He died on the 15th of March 1971 at the age of 85, five years after receiving another medal – the 50th Anniversary Rising medal. These along with his 1912 Stockholm Olympics finisher’s medal would be auctioned in 2007 and raised €9,500.

Various other cycling trophies he won, including The Stephen’s Cup are now held in the National Museum’s collection. 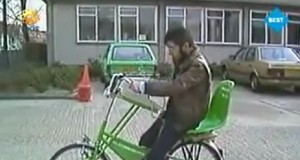