19-year-old Remco Evenepoel (Deceuninck – Quick-Step) added another victory to his palmares today, one month after capturing a stage win and the overall at the Belgian Tour, where he became the youngest ever winner in the history of the event. The Belgian rode clear of the peloton on the penultimate stage of the Adriatica Ionica Race from Padola to Cormons to take his third victory since turning pro.

Ninth on GC at the start of the day, Evenepoel launched his move with more than 20 kilometres to go, on the San Floriano del Collio climb, and set off in pursuit of lone leader Fausto Masnada (Androni Giocattoli). On the descent, he made contact with the Italian, but didn’t hang around and attacked boldly and decisively inside the final 15 kilometres. Despite a concerted effort from behind, Evenepoel expanded his gap to more than two minutes and took his time to celebrate his third victory of the year on Monte Quarin.

“We controlled the stage, as the plan was to go for Philippe at the finish, but then several riders attacked, I countered and continued to press on, putting more and more daylight between us, as the advantage kept growing”, said Evenepoel, who now holds both the points and best young rider jerseys.

“I caught Masnada and put some pressure on him, before dropping him in the downhill. Then I just pushed myself and rode full gas until the finish. It’s really nice to take another win in my first race since returning to competition after the training camp in Livigno. It was another great day for the Wolfpack, we lead three classifications, got another victory and also three guys in the top 10, so we can be happy.” 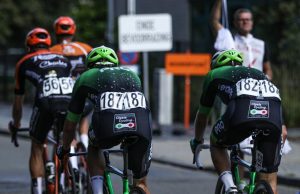 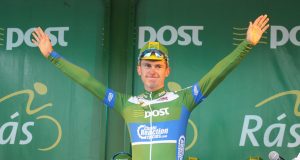