Tom Dumoulin is set to leave Team Sunweb at the end of the 2019 season, the team announced today. The Dutchman has spent eight years with the team.

Dumoulin joined the team as it was then Team Argos-Shimano back in 2012, and 2014 was his breakthrough year as a time trial specialist, with four wins that included his first national title and a bronze medal at the world championships.

In 2015 Dumoulin went on to shine at the Vuelta a España, eventually finishing the race in a very respectable 6th place after a relentless fight. Success continued for the Dutchman into 2016 with a TT Olympic silver at the Rio games, but the focal point of his career thus far would come just one year later, as he and the team secured the overall win at the 2017 Giro d’Italia.

The successes for Dumoulin continued throughout the season with a double world championship title in Bergen, as he secured the individual time trial win and was a part of the team’s TTT gold medal squad. 2018 would be the first year he and the team tackled the Giro-Tour combination, as they secured two second places.

Dumoulin explained his decision to leave: “As a rider you always search for the highest achievable and you constantly ask yourself whether you are still in the right place, what is the best team for you and where the best options and opportunities are. There has always been interest from other teams, that’s normal, but the facilities here have always made me not to speak with other teams. After the disappointment of missing the Tour and finding myself sitting at home, I started to consider that a new environment could be refreshing. That’s why I decided to focus on the interest of some teams. There were great offers and this phase of my career felt like the right time to take it.

“It really does hurt to leave. My heart is here and together we have achieved great things that I’m very proud of. I’ve proven with Team Sunweb that winning a Grand Tour is possible with this team and I have no doubt that I could do it again with them. I know that the grass will not always be greener than at Team Sunweb and I want to emphasise that without them, I could never have got to where I am today. I will always remain grateful for the opportunities that I have had, and the opportunity that the team now grants me to allow me to explore my options within a new team.” 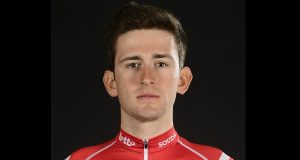 Tiesj Benoot ready to lead Lotto Soudal at the Tour of...