New Zealand rider Sam Bewley has re-signed with Australian WorldTour team Mitchelton-SCOTT on a two-year deal through 2020. The two-time Olympic track bronze medallist and 2015 Giro d’Italia stage winner has raced with the team since 2012.

2018 saw Bewley play a key role in Simon Yates’ thirteen days in the leader’s pink jersey at the Giro d’Italia. In addition, he also helped the team to victory at the Hammer Hong Kong.

Sam Bewley: “I’ve been a part of this team since the beginning when we were a team just trying to find our feet all the way through to monument victories and grand tour podiums.”

“The way this team operates and has progressed together as group is something that is close to my heart. We are going to continue to do some pretty special things and achieve things we have been so close to over the past two or three years. I am excited that I will continue to be a part of that in the future.”

Mitchelton-SCOTT sport director Matt White said: “Sam has been with us since Mitchelton-SCOTT’s inception and we are really pleased to be able to continue our relationship over the coming seasons.”

“He has grown into one of our leaders within the team and brings with him great attitude and energy alongside an astute intelligence that he carries both on and off the bike.

“Sam’s all-round performance in support of Yatesy at this year’s Giro d’Italia was a highlight of the season and typifies his qualities as a communicator and selfless contributor towards the goals of the squad whilst displaying how hard he is willing to work for his teammates in any situation.” 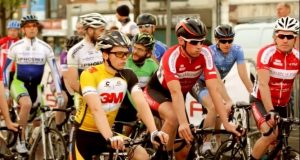