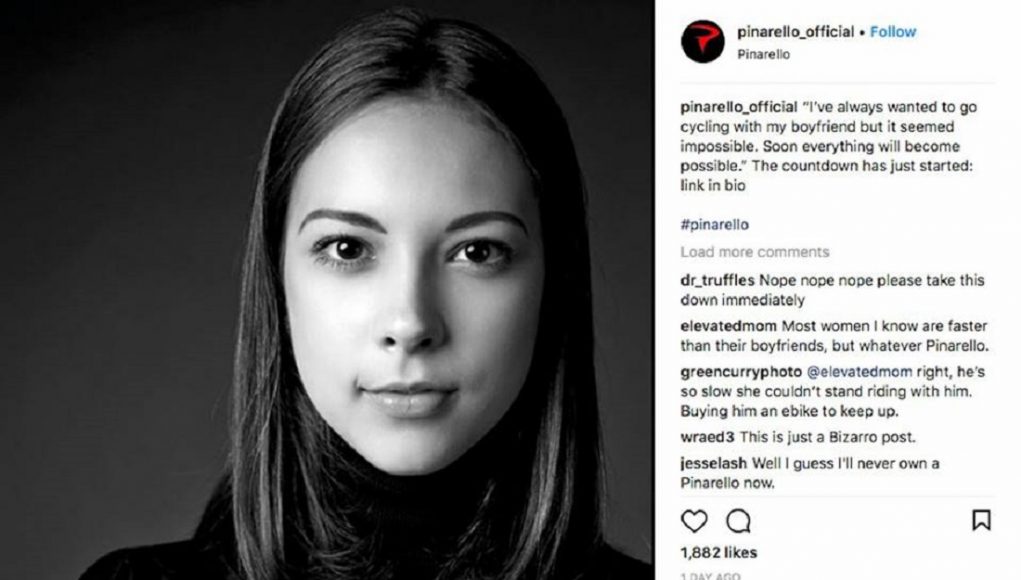 Italian bike brand Pinarello has issued an apology over a recent advertisement which they said “failed to reflect the values of diversity and equality that are core” to the company. The apology was for an ad which implied that female cyclists struggled to keep up with men.

The company received a considerable amount of criticism for the ad for its new Nytro e-bike which featured a cyclist named Emma and the statement: “I’ve always wanted to go cycling with my boyfriend but it seemed impossible.”

Pinarello also sent out a press release stating: “Nytro aims at a wide target, from the one that has no time to train but would never miss a weekend ride with friends, to women who would like to follow easily the men’s pace, or even the ones who desire to experience cycling as a new way of life, climbing easily and going downhill safely, enjoying every single minute on the bike.”

Amongst those who criticised the ad was 2010 World Time Trial Champion Emma Pooley who posted the following letter to Pinarello on Instagram:

I’ve always wanted to go cycling with people (guys and girls) even if they’re faster than me. And so I did. Without an e-bike. That’s how I got stronger…

Nowadays, if the guys can’t keep up, they don’t get upset – because they don’t hold old-fashioned misogynistic gender stereotypes. And they know it’s good training.
.
Cycling is not a gender battle. It is a tool for transport, freedom, mobilisation, recreation – and also a sport. You will sell more bikes with aspiration than with condescension. (Also: how dare you use the name Emma in your idiotic ad?!) 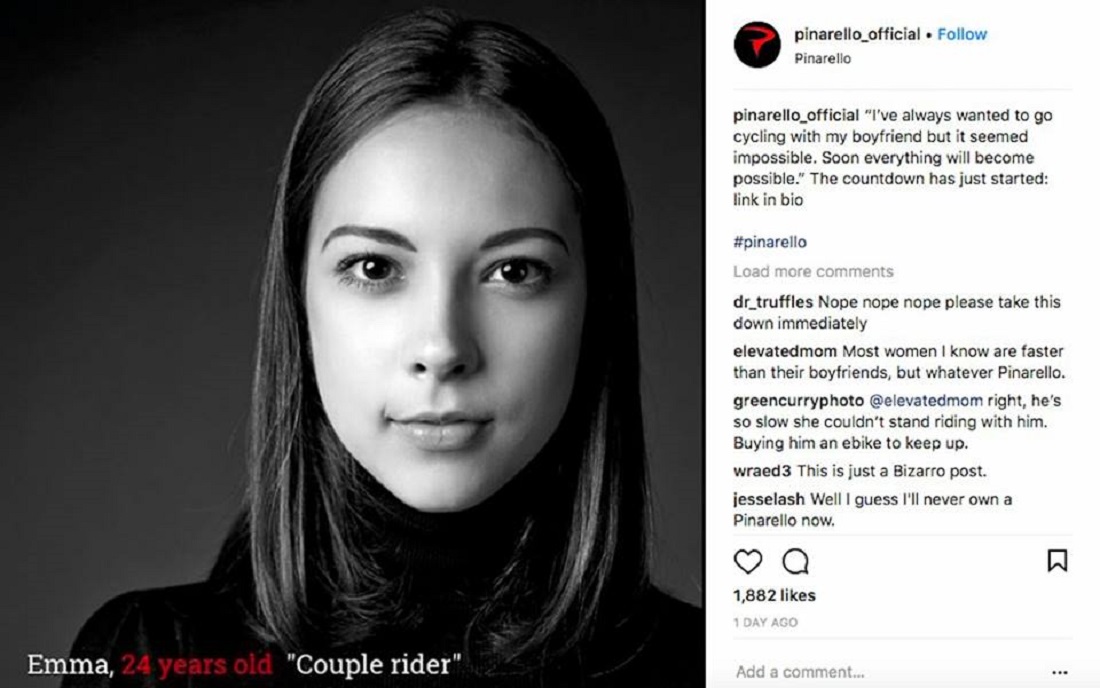 The Italian brand subsequently pulled the ad and later issued the following apology:

“Our recent advertisement failed to reflect the values of diversity and equality that are core to Pinarello. The Nytro is designed to make cycling accessible to more people and our advertisement clearly failed to convey that message. We sincerely apologize and have pulled the ad.” 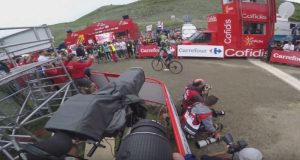 Onboard highlights from Stage 10 of the Vuelta a España (VIDEO)