Jean-René Bernaudeau, owner of the Europcar team, is looking to Britain for a possible sponsor to try and save his Pro Continental team, according to le.jdd.fr. Bernaudeau will travel there on Monday in a last-ditch effort to save his team.

The car rental company’s sponsorship of the French team runs out at the end of this season and they announced at the end of 2014 that they wouldn’t be renewing.

The riders on the team are currently considering their options, and team sprinter Bryan Coquard is said to have been courted by IAM Cyling and Ag2R La Mondiale. Other big names on the team include Thomas Voeckler and Pierre Rolland.

The Europcar team developed from the Vendée U amateur team. They first entered the professional peloton in 2000 when they were sponsored by Bonjour. They were subsequently sponsored by Brioches La Boulangère and Bouygues Télécom.

Europcar took over as the main financial backer after Bouygues Telecom pulled out at the end of the 2010 season and the team moved to WorldTour level for a year in 2014 before reverting to Pro Continental level.

Bernaudeau is said to be optimistic that he can find the €5.5 million that he needs to keep the team going, however he recognises that time is running out. If he fails to land the British sponsor, he may look at a partnership of French companies he has been speaking to, as an alternative. 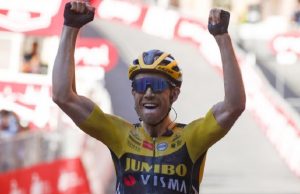 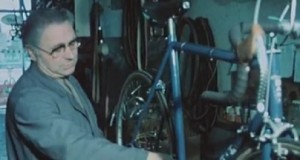 The bike with the hidden motor from 1979 (VIDEO)