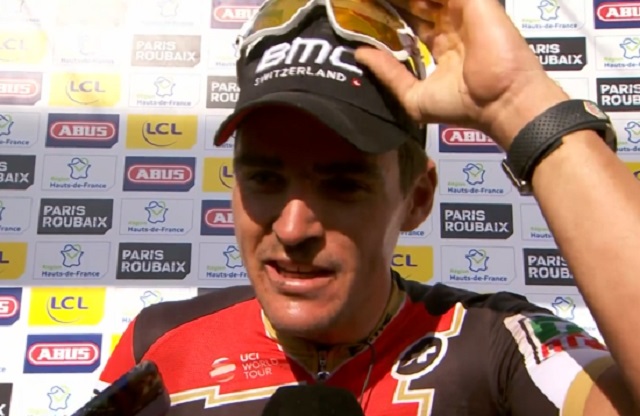 With a strong tailwind and hot and dry conditions, it was a fast start to racing. Multiple attempts to form a breakaway were shut down and finally three riders went clear after almost 100km of racing.

Crashes continued to divide the peloton but Van Avermaet was well-protected at the front of the bunch. With the help of his teammates Van Avermaet came back to the race car to adjust his bike and was caught in a bottle neck on his return, eventually needing a new bike and losing time on the bunch on sector 20.

Brilliant teamwork saw Van Avermaet slowly claw back the time and with 85km to go, Van Avermaet made the junction. At that moment, Daniel Oss went clear with Jasper Stuyven (Trek-Segafredo), Peter Sagan and Maciej Bodnar (both Bora-Hansgrohe).

The four riders forged on ahead creating the perfect situation for Van Avermaet, who was able to sit back and let other teams chase the group.

With three cobble sections to go, it was just Van Avermaet, Stybar and Langeveld left. The trio battled to stay in front and as they reached the famous velodrome it was a game of cat and mouse. With the chasers entering soon after and threatening their fight for the win, the sprints started and it was Van Avermaet who had the legs and strength to take the honours in a thrilling win.

“This is the maybe the race I would say I was not able to win,” van Avermaet said afterwards. “When I first came here I was so tired at the finish line, and it was not really what I was expected but I am so happy that I did it. I think everything went perfectly. For me the Olympics will always be my greatest win but now it’s really nice to have a Monument too.”

“I was a bit afraid of Zdenek Stybar because he was not working with us but then the sprint felt really good and I was really fast after this kind of long race. I was really confident in my sprint because I have sprinted several times from a small group. At the end of a hard race I’m always one of the fastest guys. I went onto the track with the thought that I was going to win. I’m really happy to win my first Monument because I have had to wait a really long time to finally get on the big spot of the podium.” 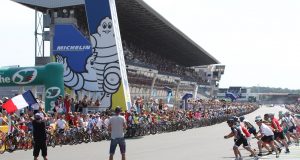 Record numbers to line up at Shimano 24 Hours Cycling of...