Fernando Gaviria (Quick-Step Floors) has been ruled out of this weekend’s Milan-San Remo after crashing on today’s sixth stage of Tirreno-Adriatico.

The crash happened with seven kilometres remaining of the 153-kilometre stage from Numana to Fano as the sprinters’ teams were preparing for the finish. Marcel Kittel (Team Katusha – Alpecin) took the stage win ahead of Peter Sagan (BORA – hansgrohe) and Ariel Maximiliano Richeze (Quick-Step Floors).

Gaviria was able to finish the stage and immediately visited the X-ray truck, where investigations revealed a spiral fracture of metacarpal 1 on the left hand, which requires surgery that will be performed on Tuesday, in Belgium, at the AZ Herentals Hospital. The time of the recovery will be known after tomorrow’s procedure.

“I’m devastated to miss Milano-Sanremo! I was in very good form and was looking forward to Saturday’s race. I’m also sorry for my teammates, because they did a great job today and I wanted to repay them with a victory. But I must take things as they are now and just hope to have a fast recovery”, said Gaviria, fifth at last year’s edition of “La Primavera.” 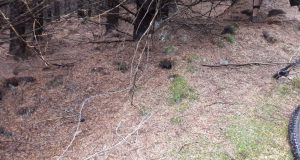