Edward Theuns (Trek-Segafredo), 25, sprinted to fifth place on the first stage of his first Tour de France on Saturday and claimed the white jersey as the best young rider.

It was a frenzied sprint for the stage win with the coveted yellow jersey on the line, and Theuns proved he can mix it up with the world’s fastest finishing just behind four big-name sprinters.

While Mark Cavendish (Dimension Data) won the first round in the battle of sprinters – and the first leader’s jersey of the 103rd Tour – Theuns celebrated his success, climbing onto the podium in his first Tour stage to don the white jersey.

“This feels a bit like a victory for me,” said Theuns. “I was feeling good, and Fabian (Cancellara) and Jasper (Stuyven) helped me in the last 15 kilometres to stay at the front. I had to spend a little bit too much energy at the very end to get on the wheels of the real top sprinters, and that is maybe the power I missed at the end.

“I had to sprint a little to get on Kittel’s wheel. With 400 meters to go maybe I was dreaming a little to win, but really I felt just holding the wheel was the maximum I could do. I am very happy with this. It is incredible.”

Theuns has never considered himself a pure sprinter, but he is beginning to find his niche with Trek-Segafredo in his first season at the World Tour level.

“I want to prophesize myself as a sprinter, and I think putting myself between these sprinters is for me a big step and maybe next time I can beat one of them,” continued Theuns. “It was close, I think Greipel came over me in the end, but the rest were losing speed because it was a long sprint.

“It was hectic, and I had to come from far to get in the best position. The other guys have built a train just for this and then it is not easy to get in good position. That little bit going into the wind might have cost me some power in the end, but still it is very satisfying to be there.” 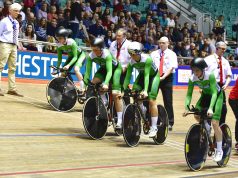 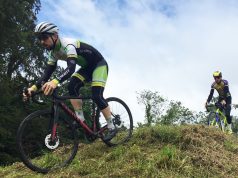 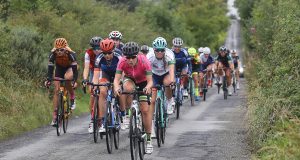 Highlights from the opening stages of An Post Rás na mBan...