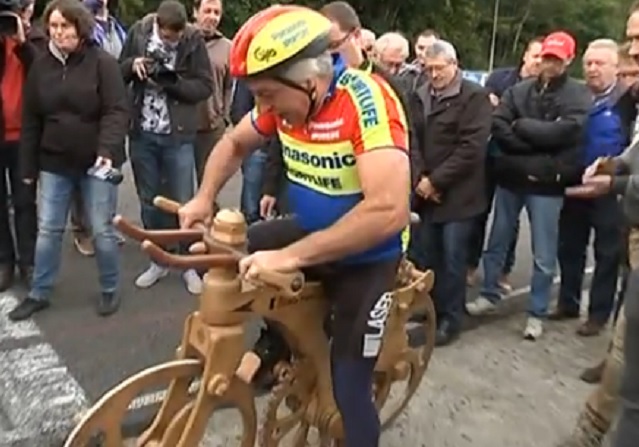 Former Paris-Roubaix winner, Eddy Planckaert, has today set an unofficial hour record on a wooden bicycle. He covered 30 laps of the 351.5 meter track in Rochefort which totalled 11 kilometres, 932 meters and 94 centimetres.

However, the track in Rochefort does not comply with the requirements of the UCI, which makes the record unofficial. However, the record may possibly be included in the Guinness Book of Records.

“It was extremely difficult to keep the right line,” Planckaert told Sporza afterwards. I had to use all my experience as a former rider to bring this to a successful conclusion. Physically it is very difficult to spin the pedals.”

“I also had a problem with blood flow in my hands, not to mention the pain between my legs through the saddle. Basically, it was tough.”

The bike which the 57-year-old used weights 30 kilograms. It’s made from 100% wood. It contains no metallic components whatsoever, and doesn’t have rubber tyres either.

The wooden bike was designed by teachers and students of the timber division of Victor Horta School in Evere (Brussels). It contains 216 different parts, weighs 30 kilograms and uses oak, beech, ash and teak, amongst other woods.

The bike will now be sold, and the entire proceeds will go to charity. 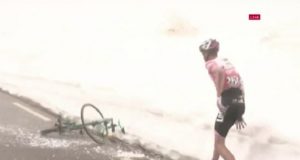