Team Sky have announced the immediate signing of Eddie Dunbar. The Irishman, who is set to make his Team Sky debut on Saturday at Coppa Agostoni, has agreed a deal to the end of the 2019 season.

The 22, was contracted to Aqua Blue Sport for the 2018 season, but following the closure of the team – Aqua Blue and the UCI have granted Dunbar permission to leave his contract early and sign for Team Sky.

Dunbar has certainly caught the eye in 2018, racing to an impressive eighth at both the Tour de Yorkshire and Tour de l’Avenir, and he will hope to carry that form into the Italian Classics, in the colours of Team Sky.

“I’m really grateful for the opportunity I’m getting after the situation I’ve found myself in,” Dunbar told TeamSky.com.

“Sometimes a team folding is the way the sport goes. I just had to be professional about it and understand the situation. Luckily Sky came along and they offered me a block of Italian races which is good preparation for Innsbruck.

“It’s all fallen into place for me – and I can’t wait to get started now.”

Dunbar added: “This is a great opportunity for me to spend the last few weeks of the season with a Team I’ll be riding for next year. It will make the transition a lot easier.

“It’s really helpful to have this opportunity to familiarise myself with everything, especially the riders and the staff, ahead of next season.”

“Obviously the circumstances, with Aqua Blue folding, aren’t ideal for anyone at the Team, or the sport in general. You never like to see teams go through something like that.

“But we’re pleased to be able to offer Eddie an immediate route back in with Team Sky.

“We have been watching him for a while and it’s clear that he has great potential. He particularly impressed at the Tour de Yorkshire and Tour de l’Avenir this year and we hope he can build on those performances with us.

“We’re looking forward to integrating him into the Team during the remainder of 2018, allowing him to hit the ground running in 2019, and hope he can form a part of our next generation as we continue to build for the future.” 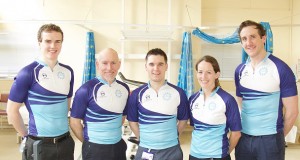