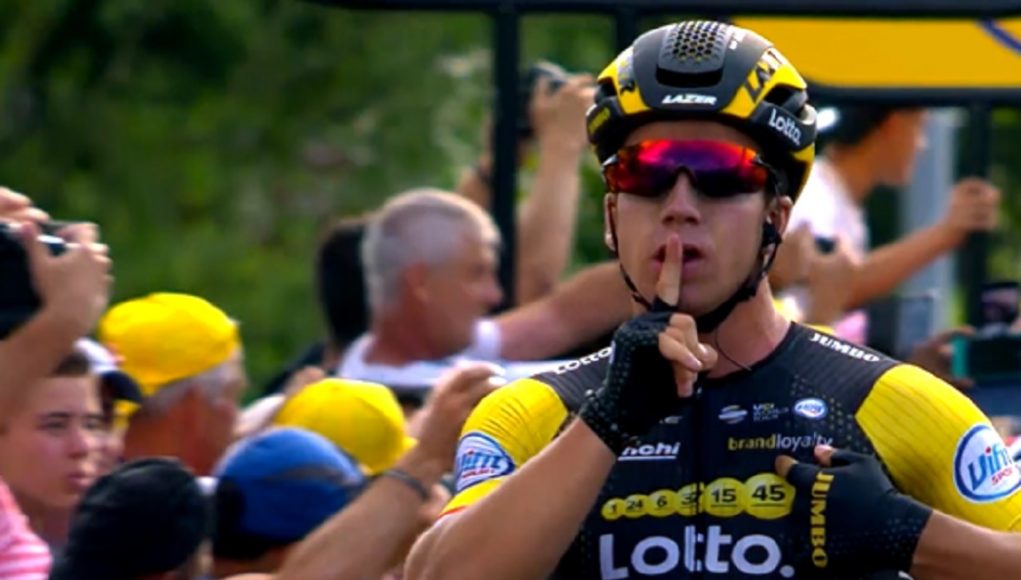 A number of riders tried to go clear in the first hour of racing but were brought back by the peloton before Yoann Offredo (Wanty-Groupe Gobert) clear at the 35-kilometre mark and he gained a maximum advantage of 9’13″.

The sprinters’ teams eventually got organised with Quick Step, Lotto-Soudal, LottoNL-Jumbo and Groupama-FDJ swapping turns at the head of the peloton. With 100km to go, AG2R-La Mondiale and Trek-Segafredo combined forces to create echelons and the peloton was split in three parts for a little while.

The action put an end to Offredo’s breakaway after 108 kilometres covered and 84 kilometres before the end, Laurent Pichon (Fortuneo-Samsic) rode away solo. After winning the intermediate sprint for the second day running, the Breton rider was reeled in with 38 kilometres to go as the sprinters’ teams upped the tempo at the head of the peloton.

Greg Van Avermaet (BMC) extended his lead in the overall ranking as he took 3 seconds at the bonus with 31 kilometres to go before the sprinters’ teams came to the fore towards the finale.

Julian Alaphilippe launched the lead out for Fernando Gaviria (Quick Step) but Dylan Groenewegen found the right timing to justify the excellent work made by his LottoNL-Jumbo team earlier in the race. The Dutchman became the third different sprinter to win in the first third of the 105th Tour de France after Gaviria and Sagan. 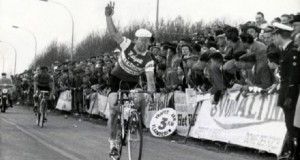