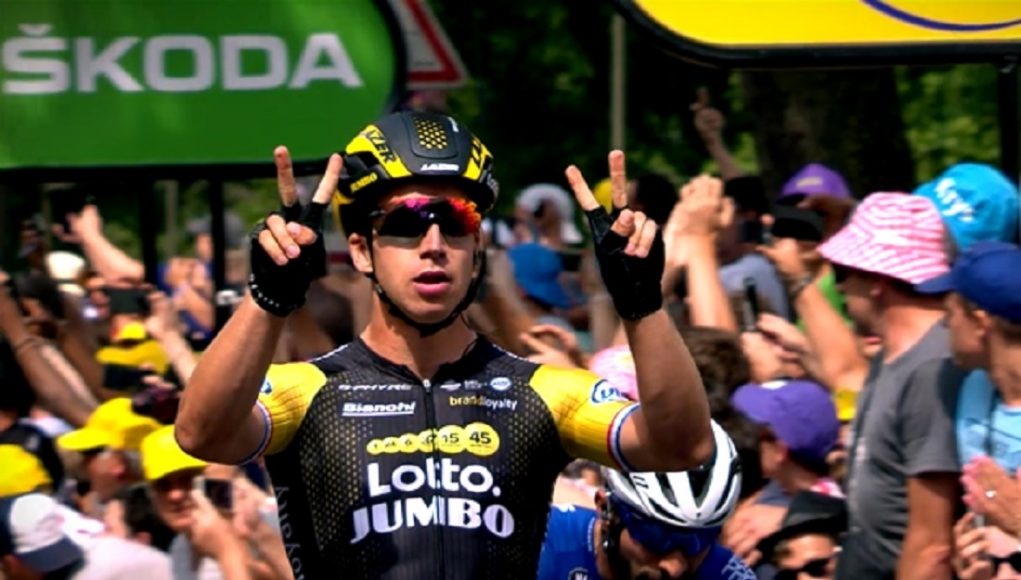 Dylan Groenewegen (Lotto-NL Jumbo) bagged his second stage win of the Tour de France in Amiens today as Greg Van Avermaet (BMC Racing) extended his lead by one more second ahead of the much anticipated stage to Roubaix.

170 riders started stage 8 in Dreux and it was all together until Laurens ten Dam (Team Sunweb) launched the first attack at km 23. He was quickly joined by Fabien Grellier (Direct Energie) and Marco Minnaard (Wanty-Groupe Gobert) but he decided to sit up and wait for the peloton at km 36.

The maximum time gap to the peloton was recorded at km 37: 6’35″ and the advantage of the leading duo was down to two minutes with 40 kilometres to go as three teams regulated the speed of the bunch with Antwan Tolhoek for LottoNL-Jumbo, Thomas De Gendt for Lotto-Soudal and Tim De Clercq for Quick Step Floors doing much of the work.

Minnaard was first to surrender at the 10km to go mark. Grellier was reeled in 6km before the end and Team Sky seized the reins of the peloton before the fight of the sprinters’ teams.

Philippe Gilbert (Quick Step Floors) rode away from the bunch in the streets of Amiens but it was all together again with 1.5 kilometres to go. Peter Sagan (BORA hansgrohe) launched the sprint but André Greipel (Lotto-Soudal) and Dylan Groenewegen successively passed him and the Dutchman from LottoNL-Jumbo took his second stage win.

Second and third on the line, Greipel and Gaviria were later disqualified by the judges. Stage 6 winner Dan Martin lost more than one minute because of a crash with 17km to go. 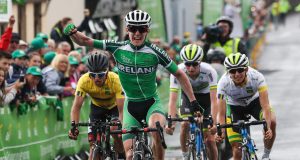 Irish riders to line up in Philadelphia International Cycling Classic this...