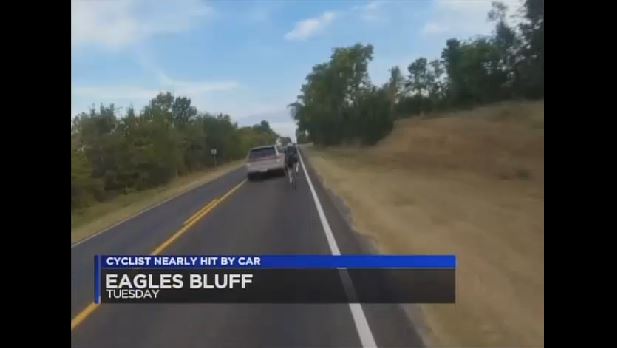 There is passing too close and then there is this. This pass by a driver of a SUV was only inches away from hitting cyclist from the Tyler Club who was out on an evening ride on Tuesday. The footage was caught by John Horsely who head a helmet mounted Go-Pro during the spin.

According to KLTV “the video captured by Horsley’s camera, what happened next is startling. A Lincoln SUV passes the group at very close proximity. Horsley said he felt the breeze off the car’s side mirror as it passed, barely grazing him, and then you see it come into the video’s frame. The car is within inches of hitting a rider named Kevin in front of Horsley, as if it did not even see him there, he said. The startled voices of several riders can be heard on the video. The red car that followed the SUV, Horsley said, at least passed while leaving a safe distance between the vehicle and the bicycle.

The Sheriff’s department were shown the video on took to Social Media to say “Drivers, please practice safe driving and courteous driving habits when meeting or passing bicyclists on the roadway. Due to incidents occurring recently, we are looking at stepping up our enforcement efforts regarding incidents affecting bicyclists.” 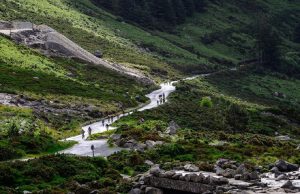 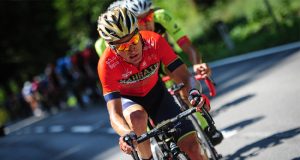