29-year-old Norwegian Boasson Hagen has an extensive palmarès to his name and looks back on a largely successful season. Besides retaining his National titles in both the road race and time trial he also crossed the line first at two World Tour events; stage 4 of the Criterium du Dauphine and stage 7 of the Eneco Tour.

“I’m really happy in this team,” says Boasson Hagen. “It’s a special team and I have good teammates. Going to race for Team Dimension Data and the Qhubeka charity for another two years is really great.”

Also staying will be Tyler Farrar, who served as road captain at many of the team’s races over the last two seasons. At 32 years of age the experienced American will continue to focus on his mentoring role.

While both Boasson Hagen and Farrar are among the team’s classics riders, Igor Anton is one of the climbers. This year, the 33-year-old Basque rider was one of the key support riders for the success the team enjoyed in the Giro d’Italia and the Vuelta a Espana.

Rolf Aldag, Head of Performance of Team Dimension Data, is full of praise for the trio: “Edvald, Tyler and Igor have proved themselves as great ambassadors for Qhubeka and as leaders on and off the bike for our team. We are happy to continue working with them to achieve our future goals.”

“All three are great characters who act like role models for our young talents, contribute by scoring results in the races and hold key positions in our structures. The experiences and respect they have earned in the peloton over the years, in combination with the values they stand for, makes them very special to us and our partners.” 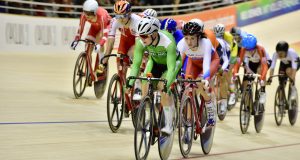