New World Tour team Bahrain Merida are the latest team to present their kit for the 2017 season. The predominant colour of the jersey is ‘Bahraini Red’ and according to the team, “the unique design of the jersey carries many symbolic meanings and visualizes the team’s values and origins.”

The team are currently preparing for the forthcoming season at their first training camp being held in Rovinj, a town on the West coast of Istria, Croatia.

Vincenzo Nibali will lead the team next season and amongst the other recognisable names are Kanstantsin Siutsou, Giovanni Visconti, Heinrich Haussler, Janez Brajkovic, Sonny Colbrelli and Enrico Gasparotto.

According to a statement from the team: “the inspiration for the design of the jersey was the logo of the team, which is a combination of metaphors that represent Bahrain and the spirit of cycling. The concentric circles depicted in ‘Bahraini Red’ represent the dynamic motion towards victory that is common to all competitive sports. Furthermore, the national flag with its stark colors and forward-moving arrows blend seamlessly in a form of water ripples, which is symbolic of Bahrain making waves on the world stage.”

“The body of jersey is ‘Bahraini Red’ which is the main color of the country and dominant color of national flag. At the epicenter of the jersey is the culture of Bahrain, seen abundant in it’s native architecture, depicted in ‘Royal Gold’ that is revered across the world for it’s uncontested rich heritage.”

“The symbol works as a reminder of the culture and values that the nation and the team stand for. At the top of the pattern there is bold typeface rendered in a white, while the sleeves are colored in ‘Sea Blue’ – colors that truly represent the island between two seas. A thin continuous green line that goes through the body and sleeves of the jersey, represents co-title sponsor Merida” 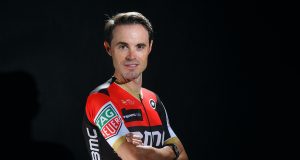