Irish cyclist Caroline Ryan has announced her retirement from the sport. Caroline represented Ireland on the international stage since 2008, winning medals on both the Olympic and Paralympic High Performance Programmes.

The multiple-National Champion also won a silver medal as a pilot for Catherine Walsh at the 2009 Paracycling Track World Championships, being the first bike to win a medal for Ireland at Paracycling World level.

She has also been an active supporter of the grassroots level in cycling, being an ambassador for the Cycling Ireland Bike for Life Programme which encourages more people, women in particular, into cycling.

Coach Brian Nugent said “Caroline has been part of the Team for over 8 years. In that time, Caroline cut out a path achieving results that no other had done before her. Winning Ireland’s first ever Elite Women’s World Championship Cycling medal in any discipline was the highlight of a hugely successful career of firsts for Irish cycling.

“Caroline has left a path behind her for the next generation of Irish Cyclists to follow and that’s a great legacy to leave behind. She has proven that it can be done and I know Caroline will be eager to see her success be carried on.”

“Stepping back from a sport I love that has given me so much was always going to be a tough decision to make. Cycling, and indeed rowing before it, became such a big part of my life and I consider myself lucky to have had a successful international sporting career in both.”

“It will be hard to step away from competitive cycling and that buzz and adrenaline kick it gives you, and I will miss that, but I know that now is the right time and I leave with no regrets. I committed fully to sport and gave it everything while I was competing.”

“I am very proud of what I achieved and I feel that I was part of a great team that has helped forge a path for Irish track cyclists who are now continuing to compete and medal on the world stage.” 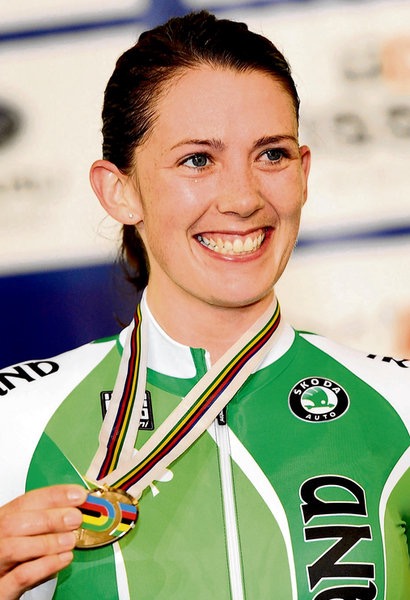 “I have great memories from my time in cycling over the years, beginning with the Talent Transfer programme which brought me into the sport, to the many highlights of my career, which include winning Ireland’s first ever female Elite World Championship medal in Melbourne and Ireland’s first ever Paracycling World Championship Medals with Catherine Walsh, as her pilot, and also winning the first ever World Cup medal by an Irish female track cyclist.”

“It is not just the racing and results themselves but the people you get the opportunity to meet and work and compete alongside on the journey, which makes the experience of being an athlete so special.”

“I want to thank everyone who has supported and helped me over the years especially my Coach Brian Nugent, Cycling Ireland, Sport Ireland and all of the support team along with the Irish Institute of Sport and SINI. I’d also like to thank the people who have supported me through sponsorship and followed my career over the years. I couldn’t have achieved all that I have without your help. My Dad has always been a major inspiration and driving force behind my career as an elite athlete and I would like to say a special thanks to him for that.”

“I feel that my involvement with the sport of cycling has not ended and that in the future I will be able to contribute to its advancement and success in some way. For now I am looking forward to spending more time with my family and friends. The next chapter in my life is just beginning and I’m excited about what that has to bring.” 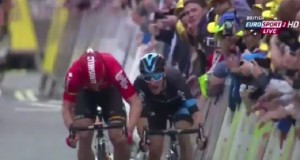