Team Sunweb have taken gold in the Women’s Team Time Trial World Championships today in Bergen, Norway. The team set the fastest early benchmark being the sixth team to start with all others failing to better their time.

The six rider team was formed of Lucinda Brand, Leah Kirchmann, Floortje Mackaij, Coryn Rivera, Sabrina Stultiens and Ellen van Dijk and they completed the 42.5-kilometre test in a time of 55:41, with Boels-Dolmans Cycling Team finishing in 2nd just 12″ behind with Cervélo-Bigla Pro Cycling in 3rd place, 28″ behind Team Sunweb.

Ellen van Dijk said after the podium celebrations: “It was a really tough course and it was so important not to over pace on the climbs as you blow up the whole team so we really focused on that. That was our strength, we kept it really smooth and it was feeling good all the way. We used each others strengths all the way and we took the win which is incredible.

“This year we really didn’t expect to go for the win but when you do it really as a team like this and use each others strengths in such a good way it’s such a satisfying feeling. We were the underdog and now we’re world champions.”

Team Sunweb coach Hans Timmermans added: “It was an amazing race today. It really was ultimate teamwork to win a TTT in this way, especially looking how we paced it perfectly, giving some time in the beginning but bringing it back at the end. Every rider knew what to do, like Sabrina and Floortje went off on a certain moment for one last suicide pull, according to our plan, they did it to their very very best.

“Ellen was very strong but I have to say there was no weak link in this six rider team. We’ve trained and prepared a lot for this, the commitment was there and I think everybody believed in it. You could feel already in the last few days that everybody was confident and in the end getting this reward shows what we’ve done the whole year, that we’re the best team with a capital T.” 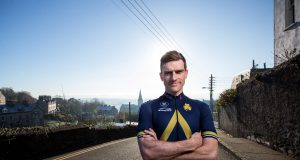