Sam Bennett (BORA – hansgrohe) has taken his second win of the season by winning the final stage of the UAE Tour, adding to his win last month at the Vuelta a San Juan Internacional (2.1).

The riders faced 145 kilometres of racing between Dubai Safari Park and Dubai Walk. The flat parcours was tailored to the sprinters and was capped off, as expected, with a thrilling bunch gallop. Right from the get go, three riders escaped from the peloton and were able to distance themselves by more than 4:30 from the main field behind.

The race progressed in a fairly calm manner to the finish, and the peloton did not appear to be in any particular hurry to reel in the leading trio. It was only in the latter part of the race that the escapees’ lead began to be whittled down.

In the last 10km, BORA – hansgrohe took over a large portion of the tempo setting, and the breakaway was caught not long afterwards. The teams of the sprinters then began to jostle for position.

After an excellent lead-out by his teammates, Sam Bennett was able to push past the sprinters in the final metres, and cross the line in first position to take his second win of the season.

Sam Bennett – “Our lead-out train worked perfectly today. The guys supported me the whole day and helped me to save extra energy. On the last sprint stage, I didn’t have good legs in the finale, but today I felt very good. The field is full of top notch sprinters and to pick up a win against these guys is a great achievement. My win today gives me confidence heading into the next races, and I’m excited to see what I can do there.” 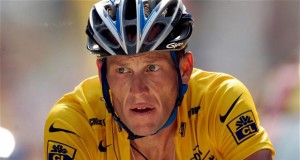 From EPO to IPA. Lance Armstrong attempts the beer mile