Sam Bennett (BORA-hansgrohe) has taken his first ever Grand Tour stage win in Praia a Mare today on stage 7 of the Giro d’Italia. After numerous podium finishes at the Giro, the Irishman timed his sprint perfectly today, coming off Elia Viviani’s wheel in the last 50 metres to come home first.

The win also marked the first stage win for an Irishman since Stephen Roche won the final stage of the 1987 race to seal the overall victory.

After yesterday´s Etna stage, the race left Sicily and travelled on the ferry to the mainland of Italy, to start the 7th stage in Pizzo today. The 160-kilometre long stage ended in Praia a Mare and was another stage which favoured the sprinters in the peloton. There were no KOMs today but two intermediate sprints awaited the riders before the fast finale on wide avenues.

After Rudi Selig´s withdrawal from the Corsa Rosa due to illness, teammate Christoph Pfingsten assumed his place as the last lead-out man for Bennett.

A group of three riders formed the breakaway of the day and gained a maximum gap of four minutes. The peloton took it easy and waited until the 83-kilometre mark to increase the pace, and with 13 kilometres remaining it was all back together. The race came alive.

BORA – hansgrohe started to form a train for Bennett as the peloton headed into the city of Praia a Mare and they helped keep him in a prime position. In the final metres, Sam stayed on the wheels of Quick-Step Floor rider Viviani and waited until he made the final move and took his first Grand Tour Victory. It is first Giro d´Italia win after having placed once second and no less than five times third at the Corsa Rosa.

“It’s a big relief. I was close so many times at the Giro, but today to get the timing right was key,” said Bennett afterwards. “It’s not easy to pass Viviani, but I knew my time would come, even there might be some people who thought it will never come.

“A big thanks to my team , all the guys support me really well all the time. Today my plan was to take the wheel from Viviani instead of doing all the lead out for him like the first stages. But I needed patience because I didn’t want to be early again, and then it was closed at some point, but in the end the timing was perfect and everybody could see how fast I am.”

“Today is a really special day for us, Sam came to us as a Continental rider and grew, as the team, over the years,” said BORA – hansgrohe sport director Christian Pömer. “He was quite often so close to a victory but today was his day. He and the team worked pretty well together and did a great job. In the finale everything was perfect and Sam had the right timing and took his first Grand Tour victory.” 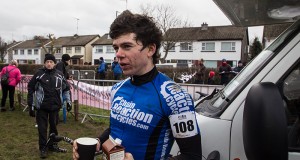