Nacer Bouhanni will not line up in the Tour de France this year after suffering an injury to his right hand last weekend.

The Cofidis rider needed four stitches in his hand after an altercation on Saturday night with some guests in the hotel he was staying in. His injuries forced him to withdraw from the French Road Race Championships.

His team later issued a press release saying: “The night before the race, Nacer Bouhanni and his brother (Rayane) had suffered incessant noise at night from individuals present in the adjoining hotel room. Nacer asked them to stop being a nuisance and was then assaulted by these drunken people. He hurt his right hand and was taken to hospital to get four stitches. He did not suffer a fracture.”

Bouhanni required surgery on Tuesday at the University Hospital of Nancy and despite his team initially stating that his injuries would not affect his participation in the Tour, the decision has now been made that he will need to rest instead. He will now be replaced by Nicolas Edet. 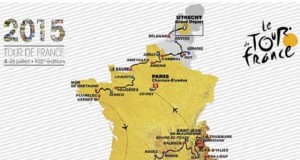