Support for a women’s version of the Tour de France is gaining momentum, according to The Guardian with a number of big names lending their support.

Two-time Olympic medallist Victoria Pendleton is amongst those who sees the potential benefits from a women’s Tour de France. “Whilst there are many more women out on their bikes today,” she said, “I believe there is still much more that we can do to encourage even more women and girls to take up the sport. The Tour de France is the biggest race in the world — and the most watched — so if there was an equal women’s event it would go a long way to inspiring more females to take up cycling.”

Halfords are also behind the idea. The retailer recently wrote to the UCI, asking for the governing body of the sport to do more to encourage women to cycle. Commercial director of Halfords, Emma Fox, told The Guardian, “It’s a surprise that in 2015, such a major cycling event doesn’t have a true women’s equivalent.”

Last year, the inaugural edition of La Course by Le Tour de France was organised by the Amaury Sports Organisation (ASO). This followed on from a petition which called for the ASO to allow professional women’s teams to race the Tour de France. The petition was posted on change.org and gained nearly 100,000 signatures.

The race was run before the final stage of that year’s Tour de France and consisted of 13 laps on the Champs-Élysées in Paris, making a distance of 89 kilometres. Last year’s race was won by Marianne Vos, with another Dutch woman, Anna van der Breggen winning this year’s race. 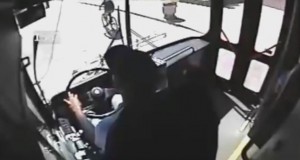 Video of collision between cyclist and a Oklahoma State University bus...