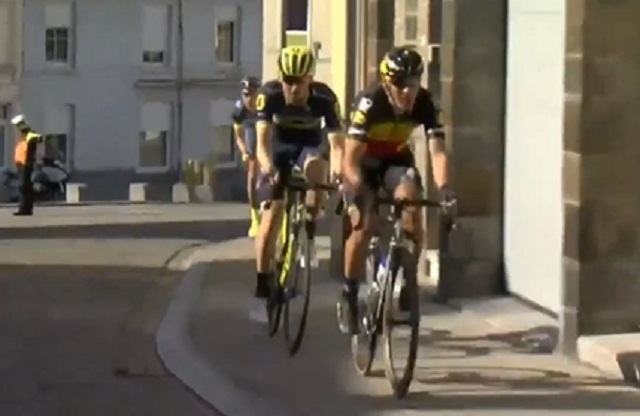 The riders were spotted on numerous occasions by TV viewers moving off cobbled sections onto adjacent footpaths with the cyclists coming very close to some spectators.

Prior to Omloop Het Nieuwsblad earlier this season, commissaires had warned teams that riders would be disqualified from races if they were seen riding on footpaths. However, that did not happen yesterday with commissaires saying that there were too many riders involved.

Team manager Laurenzo Lapage (Orica-Scott) told Het Nieuwsblad that he always outlines it during the team meetings. “It’s too dangerous for riders and spectators, but as a rider riding on the limit, he thinks about it differently. It should just be a change in mentality.”

“We can not do much,” the French UCI race chairman Joel Alies admitted after the first stage. “There were too many riders in error. We can nevertheless not throw all of them out. There will tomorrow be a communiqué for the team managers in which we make it clear that all riders are excluded from riding on the footpath.” 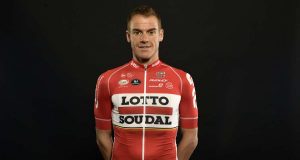