Dublin Fire Brigade have posted a photo on their Twitter account showing a badly damaged bike which they have said was caused by a bike charger going on fire.

Thankfully though, the fire set off a smoke alarm which warned those in the household. Dublin Fire Brigade haven’t provided any more details on where the incident took place.

However, some respondents to the post have said that the bike appears to be a regular bike which has been modified to be an electric bike rather than an off-the-shelf electric bike. 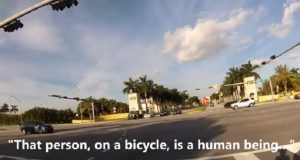