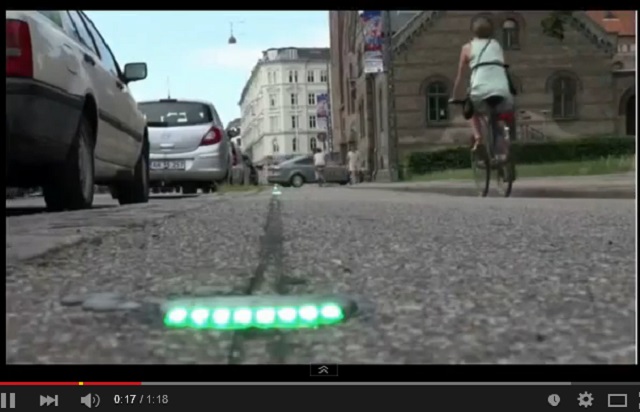 Dublin City Council have signed off on “Greenwave” which is a traffic light system for cyclists. The system will allow for a faster commute for cyclists through Dublin city centre. The plan is based on a system which is already used in Copenhagen.

The ‘green wave’ has been introduced along three cycling routes in the Danish capital. It features green LED lights which are placed along cycle lane markings enabling people to ensure they are travelling fast enough to make the lights at the next junction.

A study carried out in Denmark showed that there was minimal change on journey times for car and bus users due to the new system. For buses, in some cases journey times were reduced while at other times the journey time increased slightly.

Fine Gael Councillor Paddy Smyth is behind the plan, and he told TheJournal.ie that it could potentially allow commuters to cycle from Parkgate St to the 3Arena in about 12 minutes.

The Traffic department of DCC last night agreed to implement a trial “on an appropriate route in the city”, with a view to using it along the existing Liffey and Dodder cycleways in future.

The video below shows the Greenwave system in operation, whereby the interconnected lights along an existing cycling route flash green once a cyclist is detected at 20 km/h (12.4 mph). 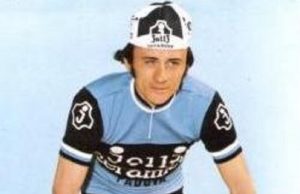 TBCF - Mar 28, 2020
0
Former professional Pierino Gavazzi, is struggling for his life at the San Rocco Clinical Institute in Ome according to his son Mattia. "On Monday... 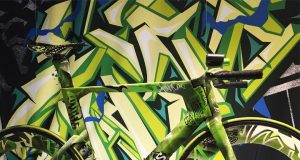 SPOKES: A tribute to Colorado’s Cycling Culture Through Art