It’s only a relatively recent addition to the Tour of Flanders, but the Paterberg has already achieved legendary status. With a maximum gradient of 20.33% and an average gradient of over 12%, it’s the steepest climb of the race, eclipsing the Koppenberg whose steepest gradient is 19.42%.

In addition, along with the Oude Kwaremont, the climbs are the only ones that the riders will tackle twice. The second ascent of the Paterberg may well be where the race is decided as it is the final climb of the day, coming just 13 kilometres from the finish.

Since it was first used back in 1986, it’s one of the few climbs that has been used in every edition of De Ronde since and the story of how it came to be used that first year highlights how popular the sport is in the region.

The story goes that in the early 80s, the Paterberg resident had had enough of his neighbour’s climb getting the attention. He decided to take matters into his own hands and started building a road on the Paterberg, laying the foundations for the road before putting every cobble in place himself.

However, the story of how the Tour of Flanders came to use the Paterberg is rather different. In 1983, the town council of Kluisbergen, decided that the road up the Paterberg should be covered with asphalt.

“Until then the Paterberg was a dirt road which only a tractor could use,” the head of Public Works in the region, Philippe Willequet said later.

“So the town council decided to asphalt the slope, I told my friend Paul Vandewalle, who lived at the top, and he suggested that maybe we could use cobblestones instead. They were slightly more expensive but aesthetically nicer and he hoped that it might mean that the Tour of Flanders might pass along the road.”

The town council agreed with Vandewalle and it was decided to use cobblestones rather than asphalt and the race did indeed start using the climb a few years later and it has been a fixture ever since. 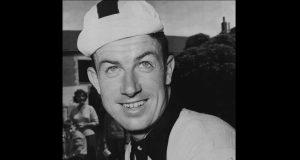