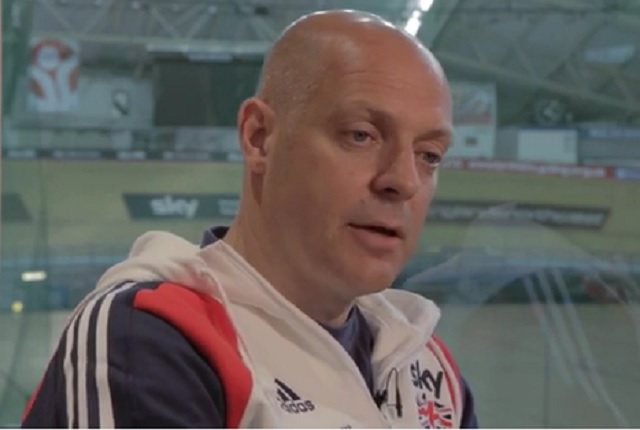 According to a Sky Sports reporter, General Manager of Team Sky Dave Brailsford has been approached about the vacant England football manager’s position.

Orla Chennaoui posted the following tweet earlier today suggesting that the Team Sky boss has been approached regarding the job: “Sir Dave Brailsford all but admitted to me been approached about the England job. No more comment. Watch this space @SkySportsNewsHQ soon.” 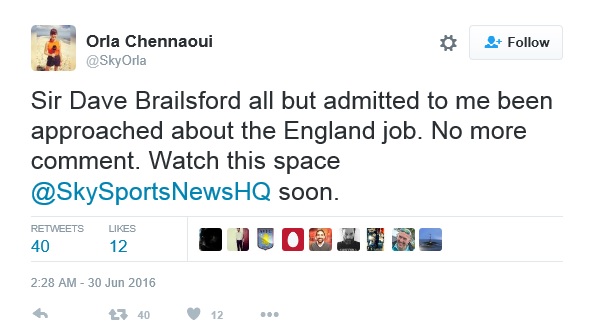 Previous England manager Roy Hodgson resigned earlier this week after the team were knocked out of Euro 2016 by Iceland in the second round.

Brailsford was formerly the performance director of British Cycling and is currently general manager of Team Sky. Under his guidance, British cyclists have won multiple gold medals at the World Championships and Olympics and he has steered Team Sky to three victories at the Tour de France.

The Sun newspaper have also stated that the English FA have approached Brailsford saying that “they believe he can give valuable insight into the type of work needed to help produce an England team capable of delivering on the international stage.”

“There is a growing belief that a new approach has to be adopted with England players looking unable to cope with the demands and pressure of playing in major tournaments.”

“And officials belief Brailsford’s track record and methodical approach is the kind of expertise they want to harness.” 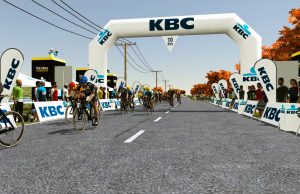 TBCF - Apr 2, 2020
0
The first virtual edition of the Tour of Flanders will take place this Sunday 5 April and amongst the riders set to take part... 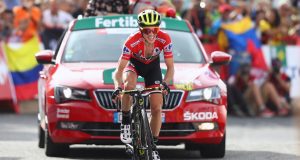