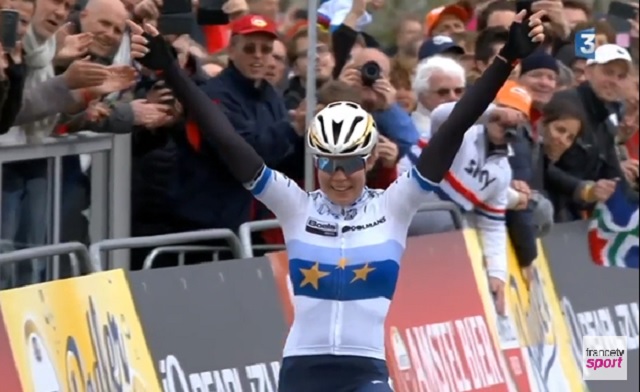 Anna van der Breggen soloed to victory today at Amstel Gold after breaking away from a lead group of six riders which included her Boels-Dolmans team-mate Lizzie Deignan inside the closing kilometres.

The Olympic champion finished fifty-five seconds ahead of the chasers with Deignan winning the sprint for second to give her team a one-two.

Van der Breggen made the race-winning move with a bit more than seven kilometres left to race. Her jump afforded her an immediate ten-second gap, and she hit the base of the Cauberg with a 30-second lead. It was plenty to hold off her challengers.

“This was the big goal of the spring – not only this race but the upcoming two races,” said Van der Breggen. “I’m happy to have this shape finally now. You can gamble on this week, but it’s always hard to have the right shape at the right time.”

“It’s difficult to have this shape for three months,” added Van der Breggen. “It’s not possible. If you’re good at the beginning of the season, it’s difficult to be as good this week, and this is an important week because if you’re good, you have three big races.”

“As a team, we rode very well,” Deignan said. “We all feel confident and excited ahead of the rest of the week. It’s exciting that a team with full health can race aggressively and play the beautiful tactic game again. That’s where we excel.” 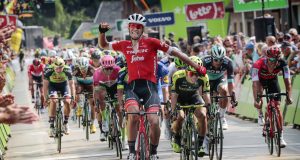