Tinkoff head to the five-stage Volta ao Algarve with a strong and motivated squad, built around team leader, Alberto Contador and Directeur Sportif Steven de Jongh feels that the Volta ao Algarve will be a valuable season-opener and a good preparation for the upcoming races.

Contador outlined earlier this week that he feels more motivated than ever and eager to kick off a very important and exciting season in what considers to be a nice and competitive race with a strong field.

According to Steven de Jongh, “Alberto is in good shape after a sound winter training period. We will approach this race as a good preparation for him and the rest of the squad but we, obviously, are a top, professional team and we have ambitions every time we compete. The main goal is to obtain the best possible GC result for Alberto, although, this being his first race in a long season, I wouldn’t like to put too much pressure on him. For me, it is important to have a good start to the year”.

The 42nd edition of the Volta ao Algarve will feature two stages with mountain finishes, one individual time-trial and two stages designed for sprinters.

“The race will open with a nearly-flat 163.6km dash from Lagos to Albufeira”, commented de Jongh. “I expect to see a really fast finish where the best sprinters will be battling for the first win”.

“The second one is surely the queen stage. It is nearly 200km long, from Lagoa to Fóia, the highest point of Algarve at 904m. On the last 67 km the riders will tackle three third-category climbs, before attacking the finish, at the top of a first-category climb, 7.5 km long with a 6% average incline”, said de Jongh.

An individual time-trial is on schedule in the third stage. The route, 18km around Sagres, will see riders tackle a technical initial stretch of 4.5 km. Strong winds could be an extra challenge thrown to the peloton.

“Sprinters will have their second chance in the fourth stage”, commented de Jongh. “The initial 100 km of the total 194 km from São Brás de Alportel to Tavira are undulating but the rest is quite flat”.

De Jongh considers the final stage to be a very busy one for all riders as the yellow jersey will be on their mind. “The battle begins in Almodôvar and ends, after 169 km, at the top of Malhão, a second-category climb, 2.5km long with and an average gradient of 9.4%. At 45 km from the final, riders will pass for the first time at Malhão, before a hilly terrain that resembles the Spring Classics, with short but steep ascents”, said de Jongh.

For de Jongh, the final 2.5km, ascending to the top of Malhão are expected to be really exciting. “We will see a huge crowd, this is the day of Algarve Granfondo, and an incessant struggle for the yellow jersey and stage win among the peloton!” 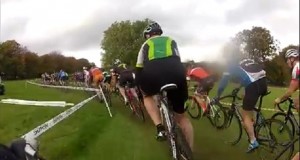 Onboard footage from the Glencullen round of the Fixx Supercross Cup