The latest video from Mike Cotty of The Col Collective sees him take on the 1,967-metre Cormet de Roselend, a climb which was used for the first time in the Tour de France in 1979. Henk Lubberding was the first rider over the summit in that year’s race.

Since then, the climb in the Savoie Department in the Alps has been used another nine times. It was most recently used in 2009 on the seventeenth stage when Franco Pelizotti was first over the summit.

The centre feature of Stage 11 of the 2018 Tour de France from Albertville to La Rosière, the Cormet de Roselend has been the scene of much drama over the years (more on that later), however it’s surprising that it has taken until this year for the race to visit the Col du Pré. Naturally if there’s a chance to bag an extra col or two then we’re never going to let that opportunity pass us by!

From the beautiful alpine village of Beaufort in the Savoie department of the Rhône Alps you’ve got two choices when tackling the Cormet de Roselend. Head straight out of town on the D925 and you’ll pick up the main road for the traditional climb but, should you take the unassuming D218A in the direction of Arêches then you also have the opportunity to bag the hidden gem of the Col du Pré. 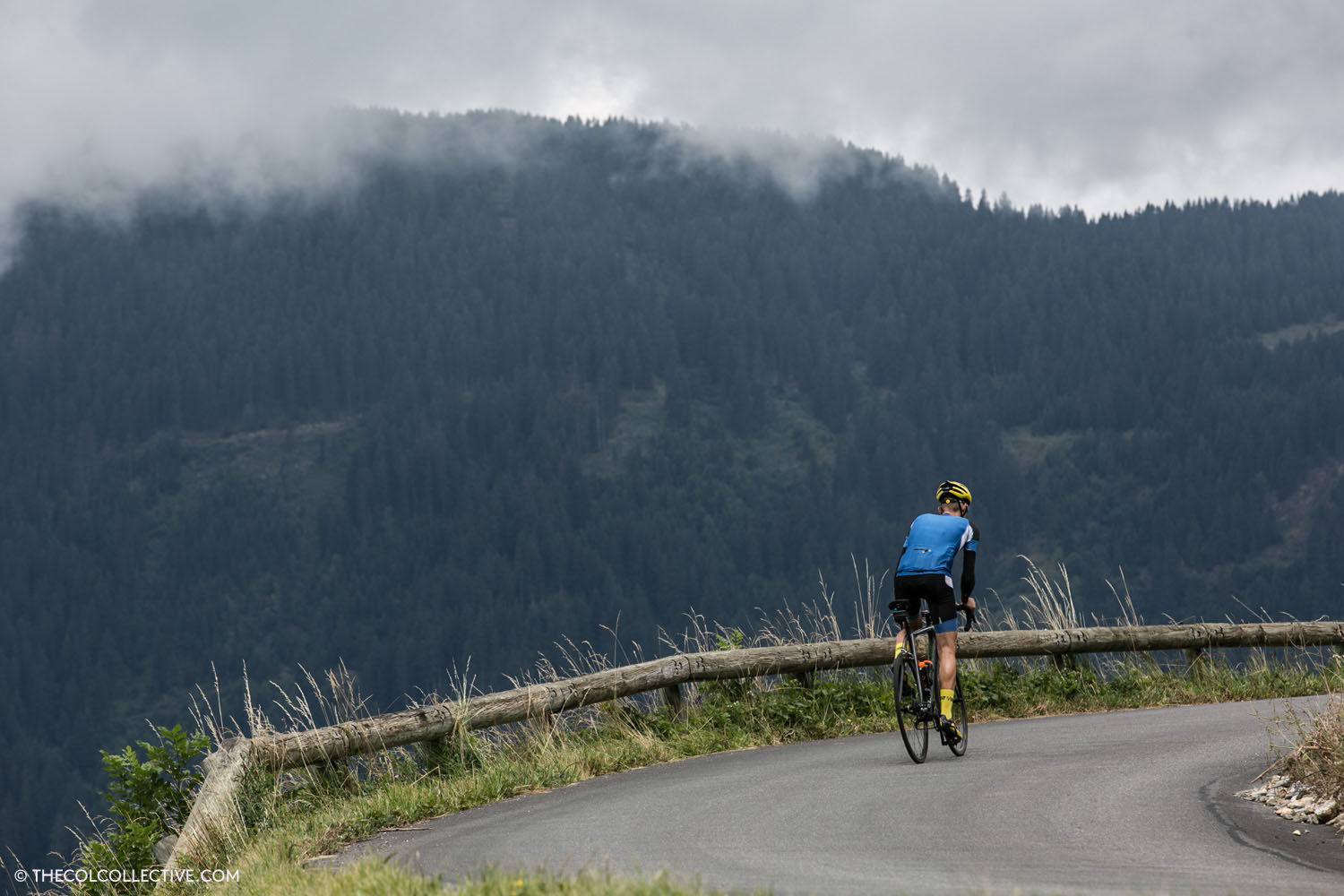 If you’re a dairy lover then you’re definitely in the right place, Beaufort is famous for its locally produced cheese, although you may want to refrain from this until after the ride as the Roselend in this direction is a long one, 25 kilometres from start to summit. 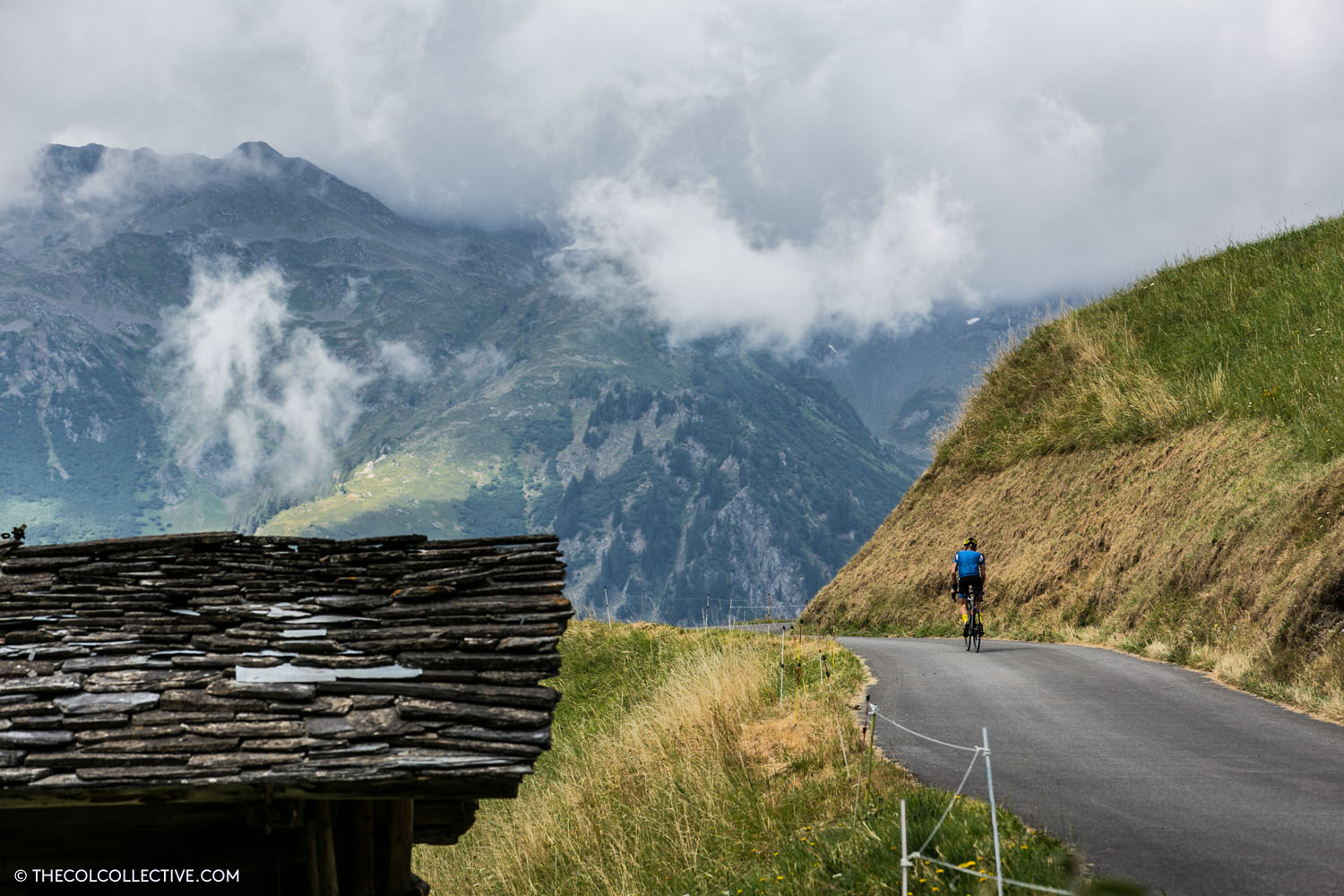 If it’s a piping hot day then the shelter from the trees is often welcomed on the main road, the lesser known road of the Pré is very different in character, winding its way through meadows and past wooden chalets while those famous cows peacefully graze away all day long. 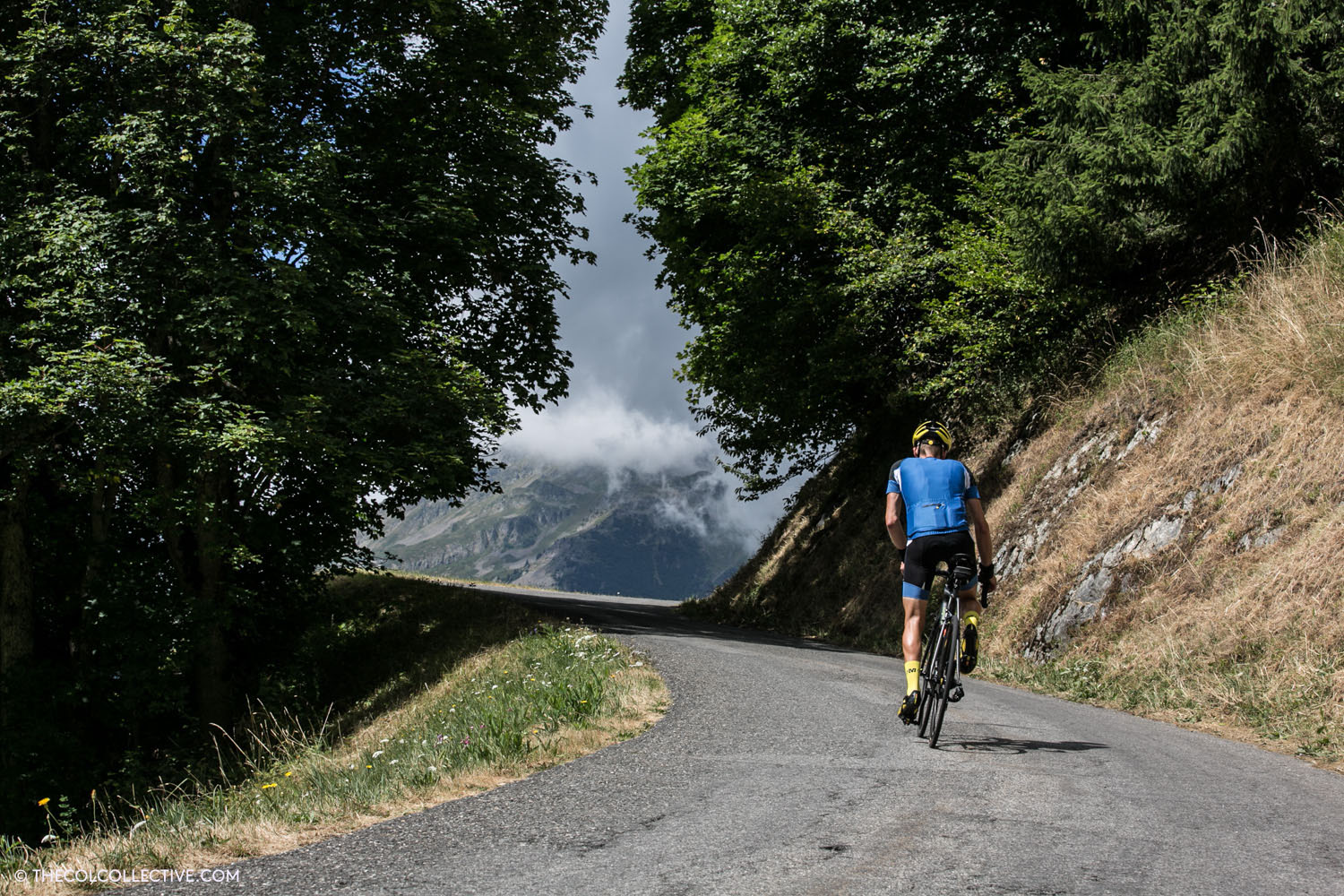 To think that the Pré is the easy option would be an oversight, taking this route actually adds 5 kilometres to the climb with only a moment or two to recover from its steep pitches, often at or beyond 10%.

It’s as you crest the Pré’s summit at 1,748m elevation that it becomes clear as to exactly why you’ve decided to suffer the extra 5 kilometres. With snowcapped views of the Mont Blanc Massif, the turquoise water of Lac de Roselend is nothing short of mesmerising. Take a second to recover and absorb the moment as you descend towards the Barrage de Roselend. 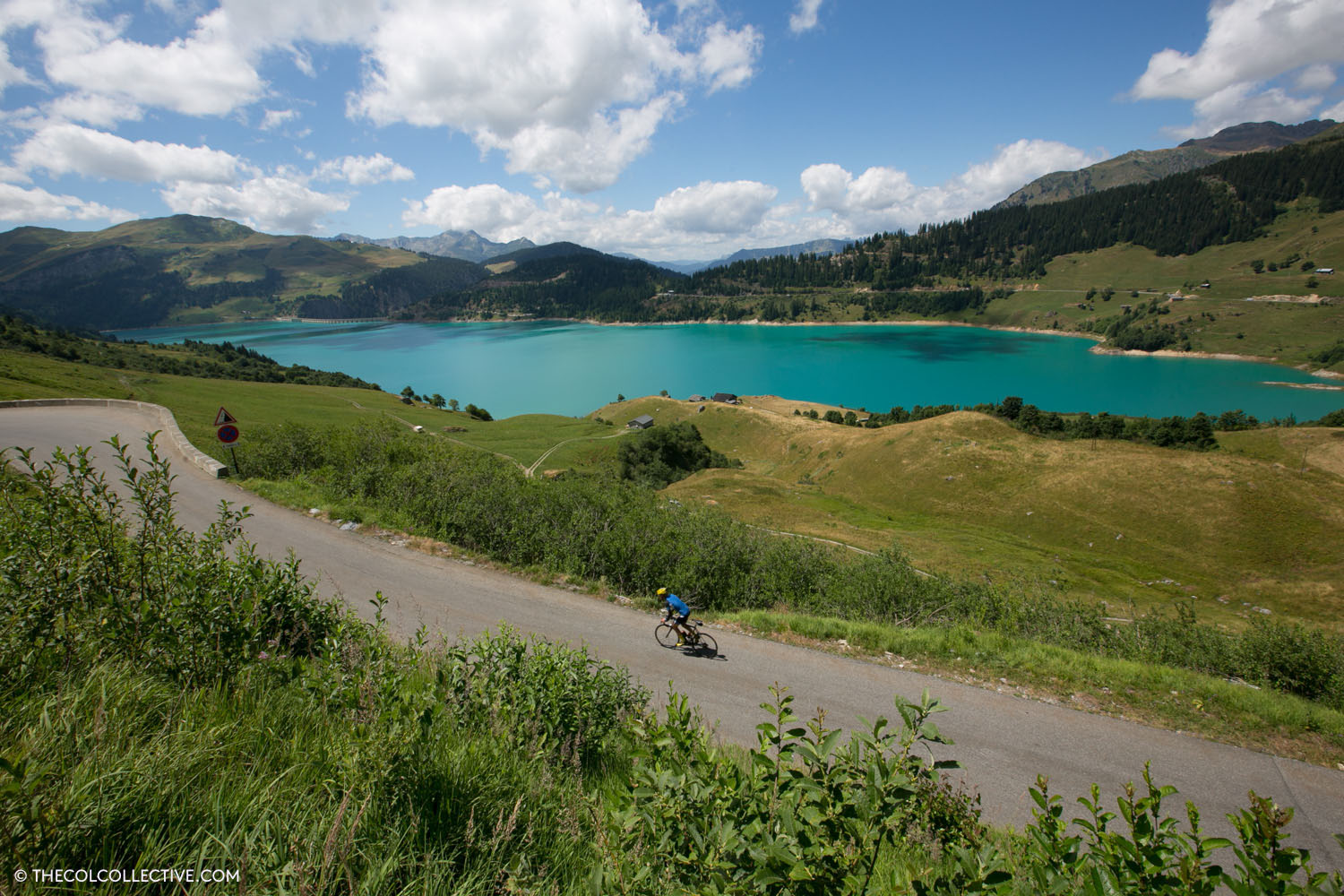 Constructed in the 1950’s the primary purpose of the barrage is to produce hydroelectric power. At 804m in length and with a height of 150m, the dam stores up to 187 million cubic metres of water, making it a truly intriguing and impressive feat of mountain engineering. 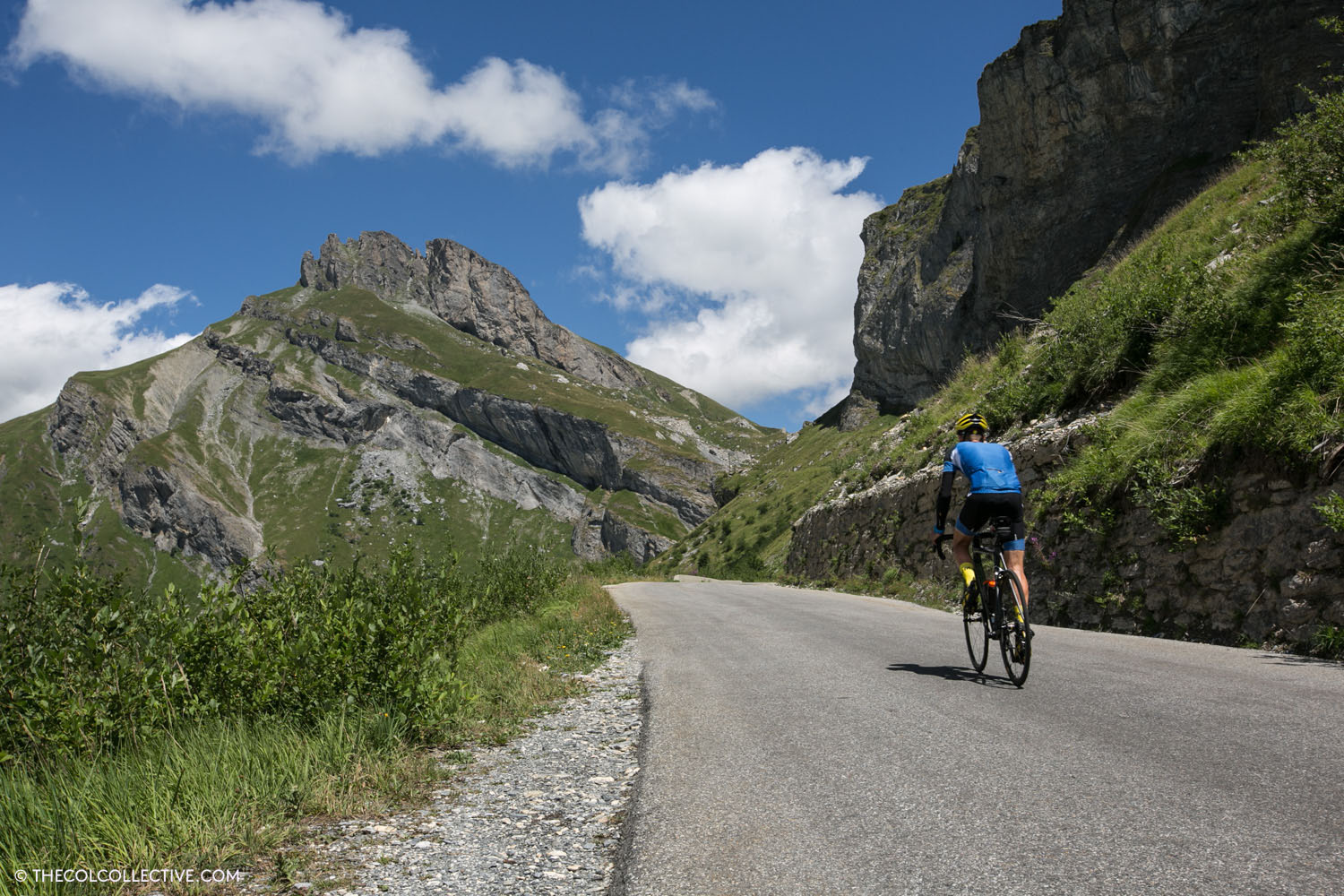 Climbing away from the barrage and back to the main road we actually bag the 1,605m Col du Méraillet too (#bonus) although aside from the sign you’d be hard pressed to realise that you’ve added another col to your collection. 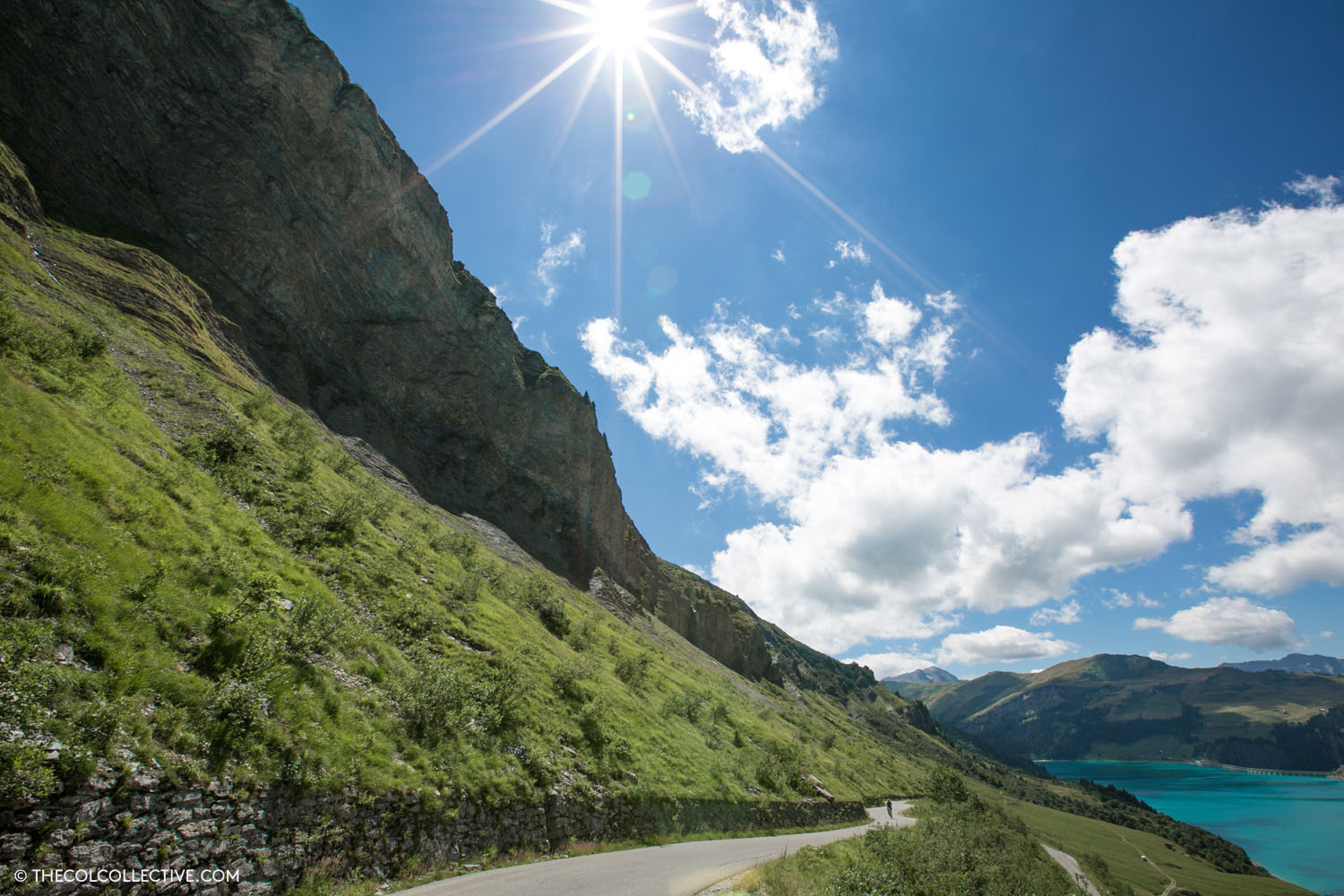 Tracing your way along the shore of Lac de Roselend this is your last chance to recover before the final 5.7km to the summit of the Roselend. As water tumbles down from alpine waterfalls, on a fine summer’s day there are few places in the world so idyllic. Although Mother Nature can be fickle at times….. 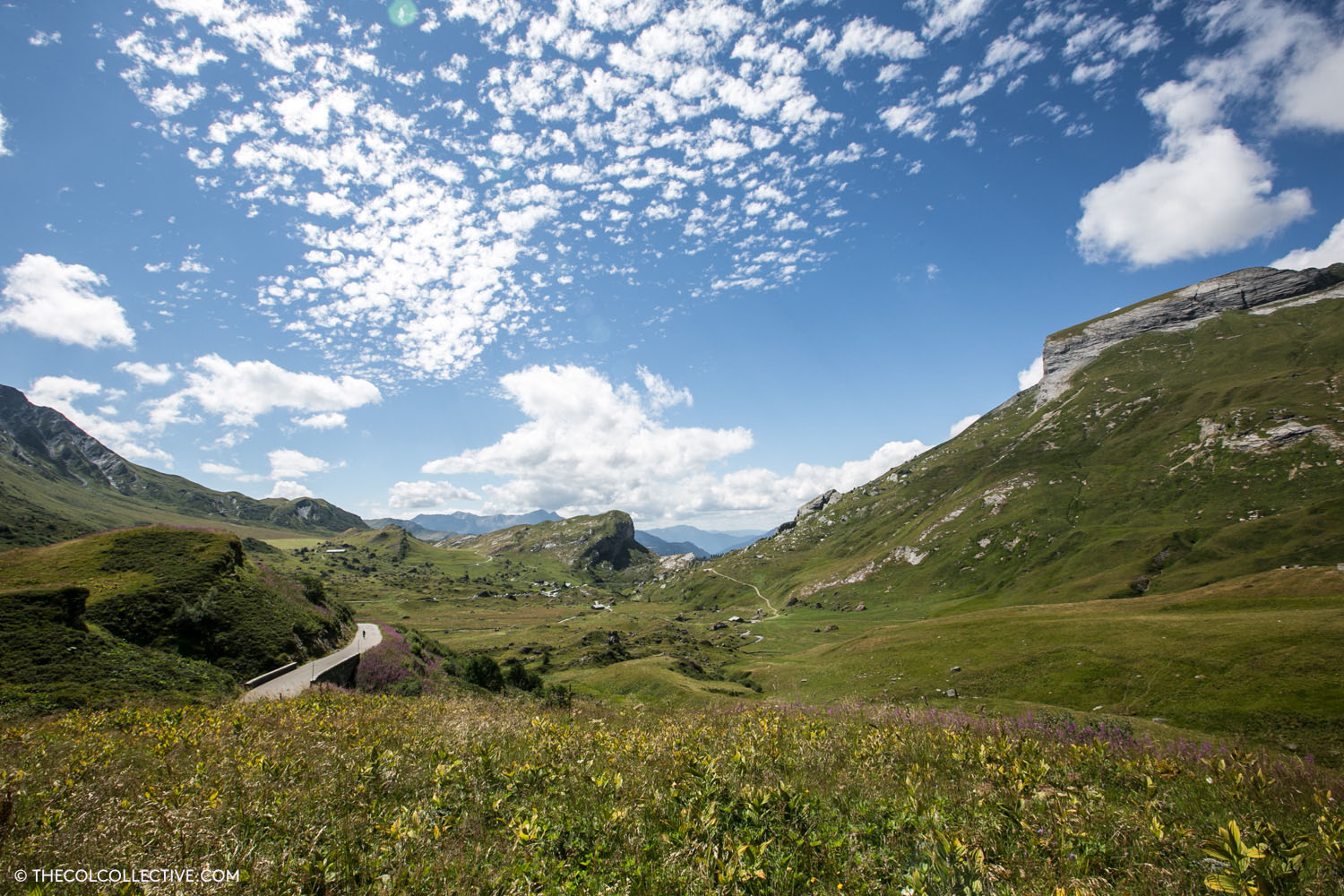 First used in the 1979 Tour de France the Roselend has witnessed much drama over the years, none more so than in 1996 when treacherous conditions saw race leader Stéphane Heulot abandon in tears just 2 kilometres from the summit, Belgian Johan Bruyneel overshoot a tight left-hand bend on the descent, disappearing into a ravine to the gasps of all watching, before the whole world witnessed the seemingly unstoppable Miguel Indurain crack on the final climb to Les Arcs, bringing Big Mig’s dominant rein in the Tour to a dramatic end. 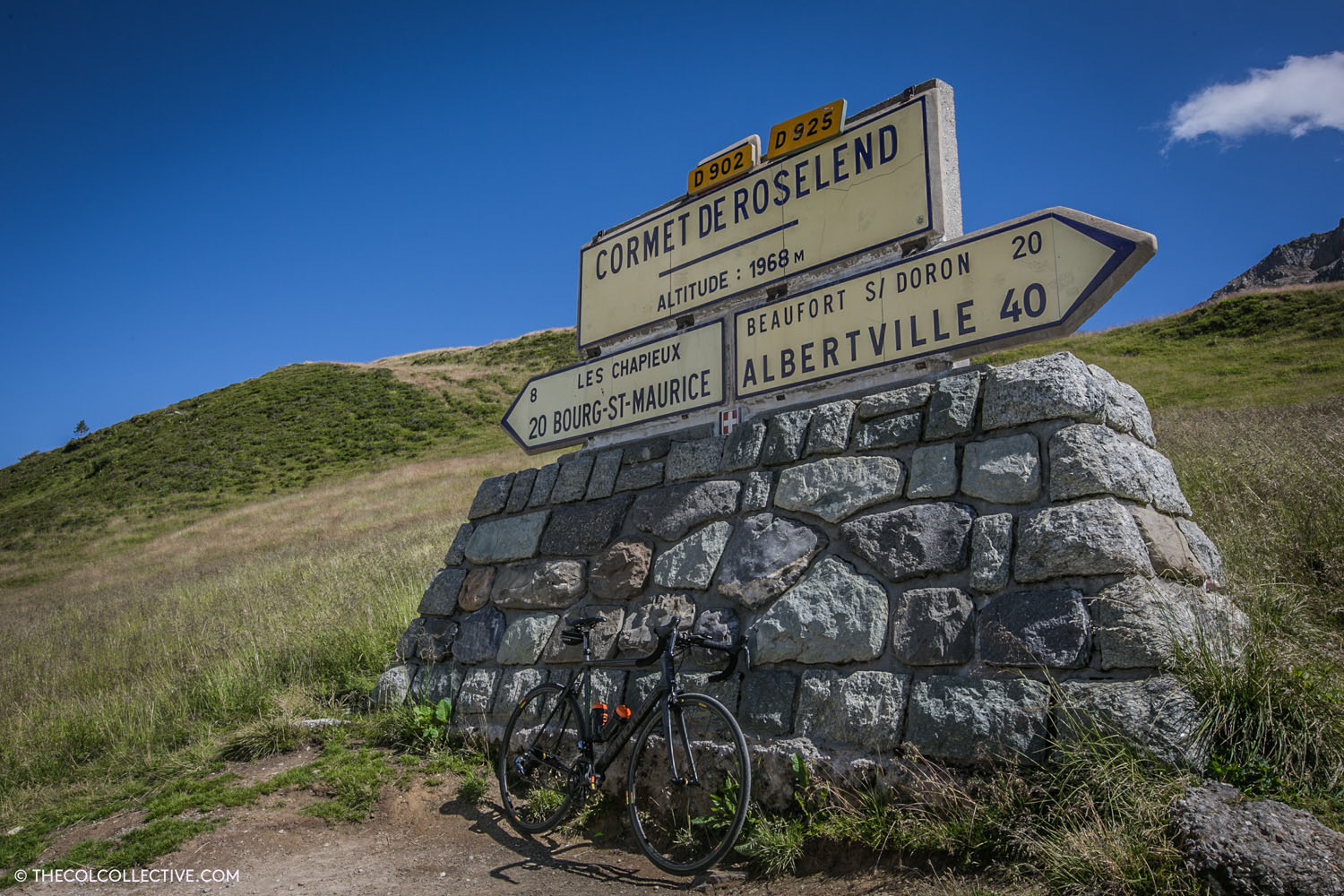 Fortunately today the weather was on our side and we were able to appreciate the true beauty of the Col du Pré and Cormet de Roselend. I hope one day you have the opportunity to explore them both for yourself and can feel the true magic that both bring.