Last year, Team Dimension Data for Qhubeka used the 100th Giro d’Italia as inspiration for their campaign to raise funds to get 100 girls on bikes. This year, the campaign is bolder, aiming to impact the lives of 1000 girls and women over the next two months.

Their #1000GirlsOnBikes campaign supports the Qhubeka Charity’s aim to distribute 50% of bicycles to girls and women. In a statement from the WorldTour team, they say that: “Empowering women and girls is key to social transformation. Investing in girls and women will help transform their lives, add to social change and spur global growth.”

The symbol of the campaign this year is a brightly painted Qhubeka bike, which was hand-painted by women who are involved in the Madikwe Rural Development Program.

The program is a work-to earn project in partnership with Qhubeka that benefits women in the community. The bike will be on display at the upcoming Tour de Yorkshire before being shown at the Tour of California.

With the Giro d’Italia also about to kick off, the race graphic was inspired by the campaign. The number 72 was worn by Alfonsina Strada in the 1924 Giro. She is the only woman to have ridden the Corsa Rosa. 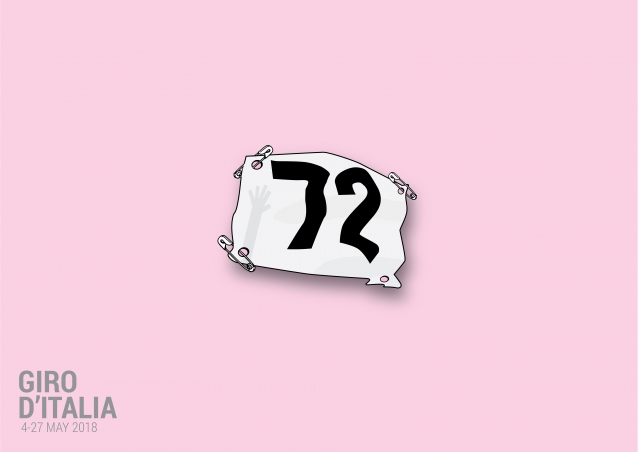 Strada challenged her society and her sport, when she rode all 3,613km of the Grand Tour on the racing bike she had received as a wedding present.

All donations over the next two months will go towards #1000GirlsOnBikes. Find out how you can help by going to: https://www.bicycleschangelives.org

Every year, Team Dimension Data for Qhubeka aims to fund 5000 bicycles through Qhubeka and to-date, more than 80,000 people have received bicycles through Qhubeka’s programmes. Team Dimension Data endeavours to bring this cumulative number to 100,000 bicycles by 2020, a goal that forms part of the team’s 2020 vision. With bicycles, people can travel faster and further, and carry more.

Meet Ventouman – The cyclist who has climbed the Giant of...