Boylan, who lives in Dublin, helped Ireland to a stellar ninth place in Saturday’s Women’s Madison with Shannon McCurley and lined up for Sunday’s Points Race gunning for better.

She won the third sprint of the 25-kilometre race, then with less than 10 laps to race, attacked. Working hard with one other rival, she joined the back of the bunch and gained that crucial lap, putting her in Gold Medal position with five laps to race.

Lydia Boylan said: “It still hasn’t sunk in that I’ve finally done something on the world stage. It’s a big boost of confidence for me, for sure. That sort of racing suits me, because I know I can just dig deeper – we push ourselves so hard in training.” 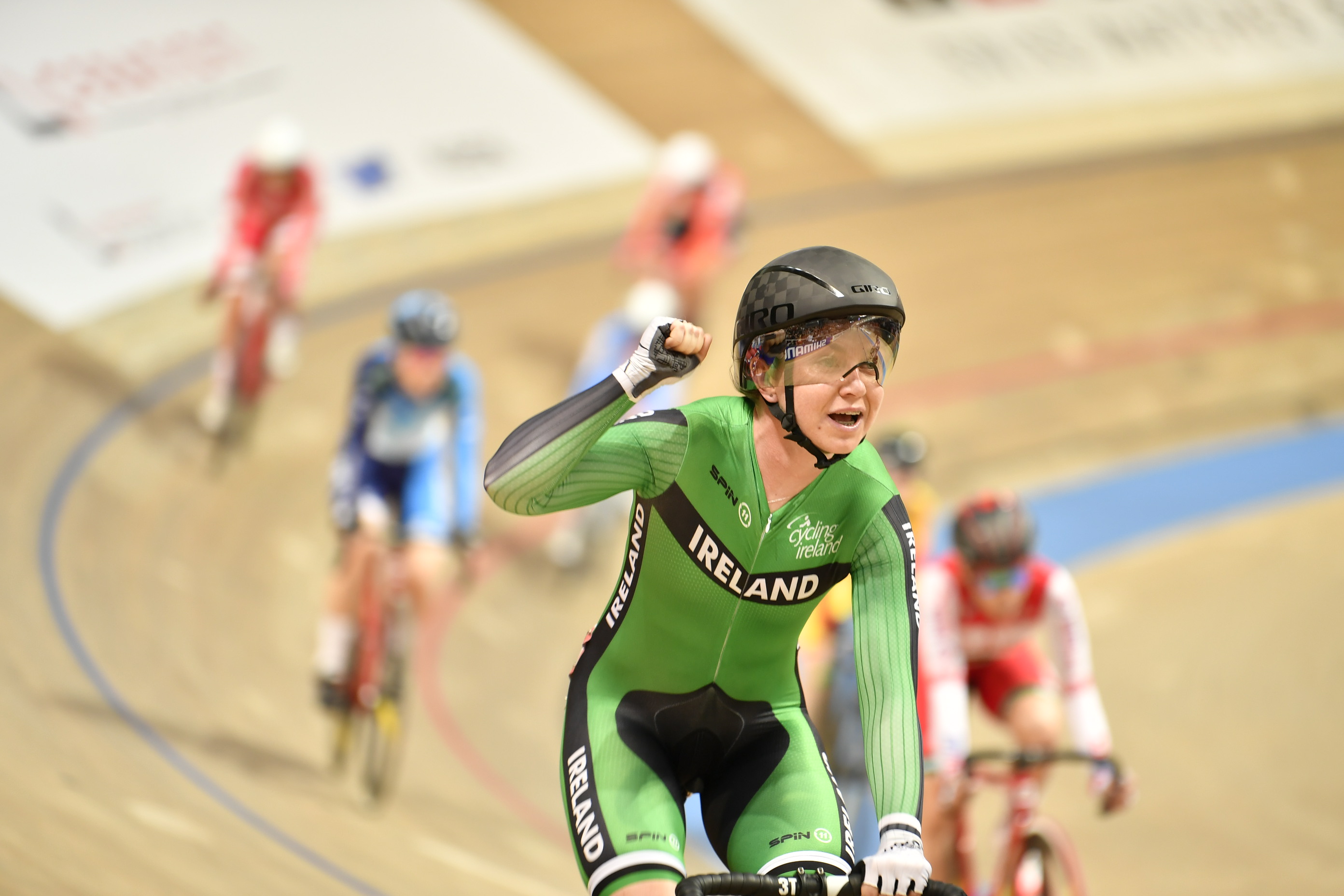 On that last push for the Gold, she added: “I kept taking a sneaky look up at the leaderboard, and I knew I needed to move up. I moved up and I gave it my best, but the legs fell off a bit in the last couple of laps. I still can’t believe it.”