A participant who took part in the Fourth of July Doo Dah Parade in Columbus, Ohio today drove the route with a particularly vitriolic message towards cyclists.

Spencer Hackett (@velospence) posted the photo of the motorist taking part in the parade who had a poster stuck to his door with the message: “I’ll share the road when you follow the rules.”

In addition, he had also stuck a bicycle to the bonnet of his car with a pair of legs sticking out of his sun roof.

Doo Dah parades take place in a number of locations throughout the United States at different times throughout the year. The Columbus parade takes place every fourth of July. On their website, they describe the parade as being “about Freedom of Speech, through humor.” 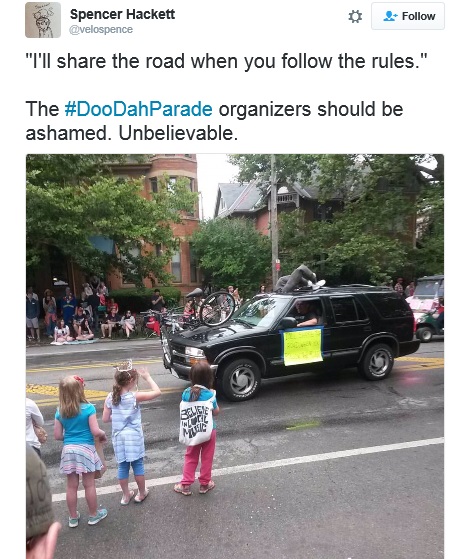