First to roll down the ramp for the 38.2km-long race was Dries Devenyns (Quick-Step Floors), who rode a solid race and stopped the clock in 48:13, remaining in the hot seat for more than an hour.

Two riders improved that result, before Lampaert went out on the course and scorched the circuit in 46:43, putting in a blistering ride and setting the reference time at both intermediate splits, before sealing one of the biggest wins of his career.

At the end of the day, Lampaert’s time – which landed his maiden success at the Nationals – was 17 seconds faster than the one of last year’s champion, Victor Campanaerts (LottoNL-Jumbo), who crashed in the last bend and finished runner-up, ahead of Ben Hermans (BMC).

“This is a dream come true! I rode hard, fought hard and worked hard to finally get this title. Last year I came close, missing out on the win for just three seconds, and that’s why this season I was so eager to get the victory”, said Lampaert after the finish.

Lampaert recently raced at the Tour de Suisse and feels that the stage race helped him to prepare for the time-trial.

“Sweating in those mountains wasn’t easy, but it’s been worth it. It helped me on this parcours, which was very tough, especially due to the wind and heat. I had a very fast start, but then, in the second part, I slowed down for a moment before pushing the pedal to the metal once again and going in super fast mode all the way to the finish line”, he explained.

Next up for Lampaert is the road race, which will take place on Sunday, over a course sprinkled with cobblestones, very much to his liking: “I am so happy right now, that I can’t put it into words. I’m very honoured to finally wear these beautiful colours on my jersey. Now I can’t wait for Sunday to come; I am relaxed after this victory, but at the same time super motivated and I can tell you that we’re going to do everything to fight for the jersey and keep it in the team.” 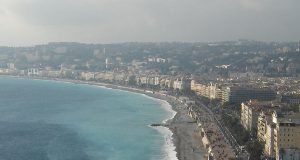