We caught up recently with Bressie, one of the 2015 ambassadors of the An Post Cycle Series, to talk about his growing interest in cycling. The singer, judge on The Voice of Ireland and former rugby and GAA player spoke to us about training, his future plans and what appeals to him about the sport.

We first of all asked him about how he manages to balance a busy schedule and find time for training. “It’s easy,” says Bressie. “I say to people before you start thinking about commitments, you’ve got to figure out what’s motivating you. If you’ve a weak motivation and it’s a case of “I want to do it because my mates want to do it”, that’s not going to get you through the training, that’s not going to get you up at six in the morning.

“If you’ve to get a session in before you go to work, it won’t happen. At the weekends, when The Voice is on, I’ll get up early and get my training in before I go to rehearsals. Don’t do it because you want your back patted, or you want people to say “well done.”

Bressie has a strong pedigree in sport, having played previously for Leinster in rugby, and Westmeath in Gaelic football. Does he find the mental aspect of cycling tougher than it would be for a team sport? “With a team sport, you can be very mentally strong, but if your team mate isn’t and he lets you down, then it doesn’t matter how much you put into something, how much you prepare for it, you can be let down,” he says.

“What I like about cycling is that you can’t cheat. You can’t go into a race and think I’ll just get through this. The one thing that I learned is that you have to get the miles into your legs. There’s no point in trying to keep up with somebody who has been cycling for years, as they just have it in the legs. It’s a sport I have an awful lot of respect for.”

Last year, Bressie took part in a number of triathlons and sportives in addition to the An Post Tour of Sligo. He feels that he’s learned quite a lot from the events and from the training for them. He says, “One thing I’ve learnt is that I like cycling on my own. It might seem anti-social. Also, I need to train smarter. When you’re doing a triathlon, you’re on your own. So I like the idea of getting that mental resilience.”

“You come up with coping strategies to stop you worrying about your legs about to fall off. In triathlons, I end up singing in my head keeps me focused. I like cycling in groups when the groups are all the same ability because you’re not having some gobs***e who’s trying to be superman. If you want to do it, go off on your own. I’m not going to go out with people who want to murder me when I want to go out on the bike.” 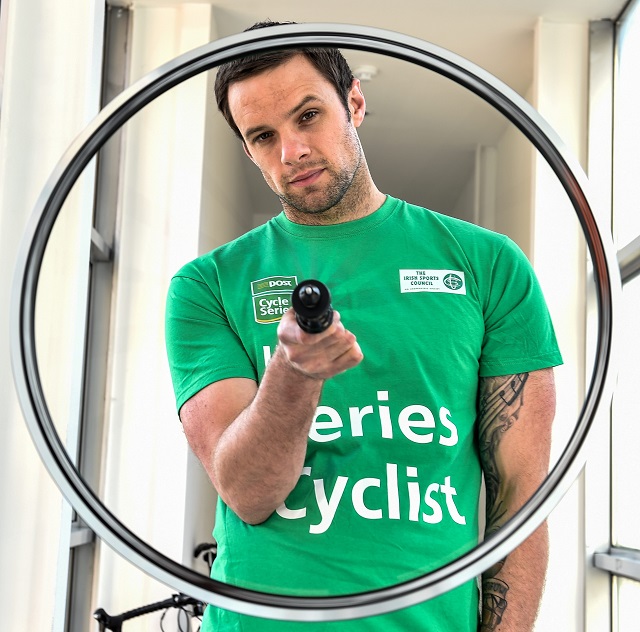 In addition to learning what works for him, the Westmeath man has also changed the way in which he trains on the bike. “One thing I’ve been doing over the Winter is doing long steady miles, whereas previously I would have just went out and went hard all the time. I had to learn the hard way. I got a coach this year. He said that as boring as going out on the bike for three hours is, you have to do it, you have to get the foundations. It was an education.”

“You also learn by going out with people who are experienced and I’m like a sponge with cyclists. I remember my first time out with Sean Kelly and a group of them down in Carrick. I was f***ed, I was way out of my league and was coughing up all sorts of s**t. I thought I was going to faint. I said to one of the lads that I want to go up and talk to Sean Kelly. I cycled up and had a chat for ten minutes. I came back down the group and said to the lads that he was sound. They told me “that’s not f**king Sean Kelly.” I was so b****xed that I could barely see. I saw guys talking to this fella and thought it was Sean Kelly.”

As to what his plans are for this year, he says, “I did the An Post Tour of Sligo last year, the same one I’m doing this year. This year, I’m going to do more sportives, the Wicklow 200 maybe and the Ring of Kerry. I did the Sean Kelly Tour of Waterford last year as well, which I found difficult. I was putting myself in a category which I possibly wasn’t ready for, but I’m too stubborn to drop out. I learnt the hard way that you’ve got to earn those stripes.”

As well as his own personal ambitions, Bressie is also focused this year on his ‘My 1000 Hours’ project. The project aims to increase awareness of the importance of mental fitness. Bressie explained how this interest came about.

“I think with cycling and running. I’m very much interested in the mental side of sport. I think you just need to use the opportunity to stop, get the f**k away from life for a couple of hours and get on the bike. You should just not engage with anything else and engage with what you’re doing. I see people with headphones on and I think “Just take this time to be yourself.”

“I think for me it’s the same when I’m on the bike and I’m engaged and that’s really important with me. They’re just not switching their brain off, the ability to stop downloading. It offsets the purpose of why I do this, to get away from all that. Another six hours of my day is going to be taken up with bulls**t”. It’s beneficial to give your brain that time off. I think if you can do that, it really benefits your life.”

I ask him about the fact that some sports people including cyclists can lose their focus on enjoyment of the sport, and it’s something that Bressie experienced. “That’s why I gave up rugby. Rugby went from being a hobby to very high pressure. You just have to have a balance. If you want to be an elite athlete, you have to push really hard, but you have to enjoy it too.”

The 2015 An Post Cycle Series consists of five events held across the country, monthly between May and September, starting with the An Post Yeats Tour of Sligo on Saturday 2nd May. Visit www.anpost.ie/cycling for more information on how to sign up. 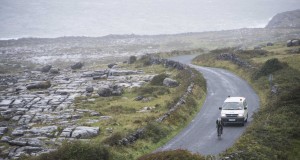