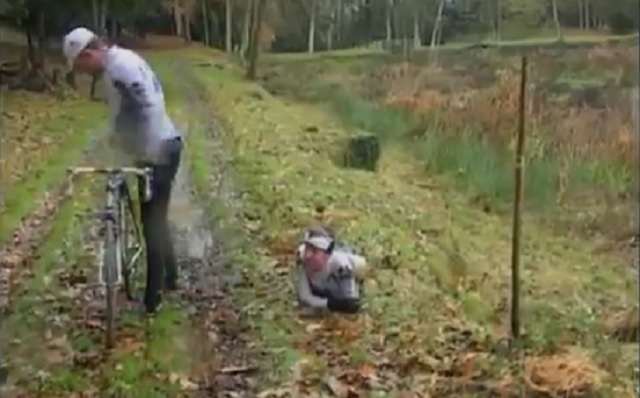 Bradley Wiggins, who announced his retirement yesterday, may have taken numerous race victories on the track and road during his career but one discipline which he didn’t master was cyclo-cross. Based on the video below, he may have made the right decision to concentrate on the track and road.

The video was posted on Twitter by François Lamiraud, a former rider and commentator for Eurosport, and shows the Française des Jeux team which Wiggins rode for in the 2002 and 2003 seasons having an off-road training session.

The FDJ team boss Marc Madiot was a strong advocate of cyclo-cross and won the French national championships on two occasions.

As Martial Gayant describes the benefits of this type of training, riders can be seen dismounting, but Wiggins who is the last in line of a number of riders falls as he tried to dismount.

“This is a track cyclist,” Gayant explains as he points to the fallen Wiggins. “He has everything to learn. It’s completely different from track cycling.”

“Come on Brad. Don’t give up,” Gayant shouts as he goes over to check that bike is OK. 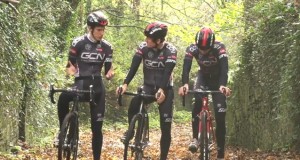 How to get a fast start in cyclo cross