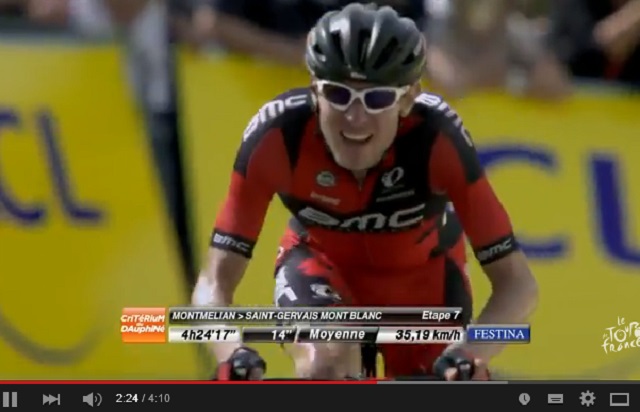 Stage 7 of the Critérium du Dauphiné was from Montmélian to Saint-Gervais Mont Blanc and resulted in another change at the top of the GC with just one stage remaining.

A big early breakaway went clear on the stage, but their lead only reached a maximum of four minutes, before Team Sky went to the the front in a bid to reel them back in and help to set up their team leader Chris Froome for the stage win.

Four riders, Daniel Navarro (Cofidis), Riccardo Zoidl (Trek), Jonathan Castroviejo and Bartosz Huzarski (Bora-Argon 18) started the final climb in the lead but their advantage wasn’t enough to help them stay ahead of the big names behind.

With 3.5km remaining, Froome and Tejay Van Garderen (BMC) took over the lead. With 1.5km to go, Froome took off on his own, but Van Garderen limited his losses, enabling him to regain the yellow-blue leader’s jersey one day after losing it to Nibali and one day before the end of the 67th Critérium du Dauphiné. 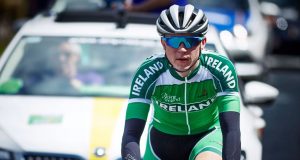 Teggart and Vanderaerden amongst new signings for An Post-Chain Reaction