Beginning at Dublin Castle and totalling 1235 kilometres, the route of the 2016 An Post Rás was unveiled this week which throws up a mixture of climbs and rolling roads to ensure action packed racing.

This year’s edition of the race will travel anti-clockwise around Ireland with stage finishes in Multyfarnham, Charleville, Dingle, Sneem, Clonakilty, Dungarvan and Baltinglass before the customary finale in Skerries.

The opening stage from Dublin Castle ensures an historic setting for Ireland’s toughest annual sporting event. As ever, the race will see some of Ireland’s top amateur riders compete against professional riders and seasoned internationals around the world.

In total, the race features 25 climbs, with the category one ascents of Conor Pass, Ballaghisheen Pass and Mount Leinster the toughest of those. However, they won’t be the only obstacle; rolling roads and strong winds will also play a part in the outcome, as will the tactics and aggression of those fighting for the jerseys and stage honours.

Announcing the route for the May 22nd to 29th race in Dublin’s GPO, An Post Rás Race Director, Tony Campbell believes it will be one of the most exciting editions to date. “A lot of riders thought it was going to be an easy An Post Rás last year due to the flatter roads, but they got a big surprise with how things worked out. “This year has some big climbs but is also similar in profile to the 2015 edition, and should lead to some really exciting racing. There are an awful lot of rolling roads, and these will wear people down over the course of the week. It will be unpredictable which will make it a thrilling spectacle.”

Former World Track Champion, Martyn Irvine, was on hand to launch this year’s route alongside top Irish riders Eddie Dunbar and Bryan McCrystal. Irvine, who recently announced his retirement from the sport, believes the county riders will be licking their lips when they see the route. “The Rás is unlike any other race in the world. On one side you have the international riders coming from abroad and on the other you have amateur riders here who train on this terrain all year round chomping at the bit for a win. We saw it with the likes of Ian Richardson and Bryan McCrystal last year; they were putting it to the best riders from around the globe on every stage and it was great to see. I’m sure this year, after seeing the route, there will be Irish guys in the mix.”

After leaving Dublin Castle on Sunday May 22nd, the 64th edition of the An Post Rás will officially begin with the drop of the flag in Clonee. The opening stage to Multyfarnham is 144.6 kilometres in length and features An Post Hotspot Sprints in Bohermeen, Kells and on the first passage of the finish line in Multyfarnham.

Each of these sprints offer time bonuses which will count towards the first general classification, while the first King of the Mountains jersey will be awarded on the basis of the third category climb at Lough Crew.

At the GPO launch of Ireland’s only ranked UCI race, An Post CEO, Donal Connell said: “2016 is a massive year for An Post, with the GPO at the heart of the centenary of the 1916 Easter Rising. We are sponsor of An Post Rás for the sixth year and this race, in its 64th year, is part of the history of Irish sport and Irish life. It really is a case of two trusted and iconic enterprises working together to bring a great event to towns all over Ireland this May. We hope that the local public will come out to support us this year, as they have done every year.”

Details of the international teams set to join this year’s An Post Rás will be released over the coming months. The An Post Chain Reaction Sean Kelly team has already committed to participating. 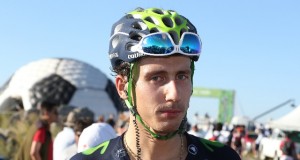