Following on from a very successful Cyclo-cross season, TRINITY Racing have confirmed that they will also compete on the road over the coming season.

The new TRINITY Racing road team, registered as a British club team, will be led by World Cyclo-cross silver medallist and U23 Paris-Roubaix winner, Tom Pidcock. After an impressive winter racing against the Elites, Tom will now switch his attention to upcoming road, gravel and mountain bike targets in the season ahead. Tom will be surrounded by a host of talented young riders on the 11 rider roster, including 2019 Girobio stage winner, Matt Walls and 2019 Tour de l’Avenir stage winner, Ben Healy.

The TRINITY Racing road team will be managed by Kurt Bogaerts, former Team principal of Sean Kelly’s UCI Continental Team which was known as one of the best development teams in pro cycling during it’s time: “We had a very successful Cyclo-cross season with Tom, Cameron and Abby-Mae, so it is great to launch an U23 team on the road for 2020. We have an ambitious group of talented riders and I am excited to work with them over the coming season.”

The Team is owned by London-based sports management, marketing and events company, Trinity Sports Management, who work extensively in cycling. Their Head of Cycling, Jamie Barlow, commented: “We have built a hugely talented young team which includes some of the best U23 riders in the world. Our race programme will give the lads a solid mixture of some of the top one day and stage races in Europe, such as the Baby Giro which is a big target for us in our debut road season. We are also delighted to have the continued support from great partners, including Specialized, Sram, Maap and Zipp.” 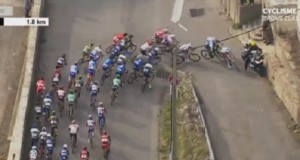