The route planned for September 2020, featuring a first ever visit to Cornwall and an overall finish in the city of Aberdeen, will instead take place in the race’s September 2021 position.

The decision has been taken in light of the ongoing situation with the COVID-19 pandemic, which makes continuing with the planning and organisation of the 2020 race impractical.

In a statement from the organiser, they said:

“Across the UK there are significant doubts around the potential to stage large-scale public events and gatherings such as the Tour of Britain as early as September and while any form of social distancing remains in place and there isn’t a vaccine available, people’s health and safety must come first.”

“Local authority partners across Britain remain under considerable pressure with their priorities rightly elsewhere and so would not be able to contribute fully to the planning of the event, whilst also not being in a position to maximise the social, economic and community benefits that hosting a stage of the Tour of Britain brings to their area.

“We pride ourselves on the Tour of Britain being the biggest and most prestigious cycle race in the UK, attracting over 1.5 million spectators to the roadside and inspiring many thousands of people of all ages to get on their bikes and to cycle more.

“Holding the Tour of Britain behind closed doors or with extensive social distancing rules would not only be immensely impractical, but would rob our venues and spectators of these opportunities and go against everything that cycling, as a free-to-spectate and accessible event, stands for.

“By moving this year’s planned route to September 2021 our venues and partners will be able to enjoy a full 12-month build up to the race and once conditions allow we look forward to engaging communities across all eight stages, from Penzance to Aberdeen, which we are sure will make the 2021 Tour of Britain a wonderful occasion for all and part of our continued pledge to make Britain a great cycling nation.

In the meantime we will be working with our local authority partners to explore the ways in which the Tour of Britain and its planned venues can still be celebrated this September and look forward to announcing those plans in due course.”

The provisional dates for the 2021 Tour of Britain are 5 – 12 September and will be confirmed in the coming months by the sport’s governing body the UCI.

The full route for the race, which had already announced as visiting Devon, Warrington and Cumbria during its eight stages, will be announced later in the year. 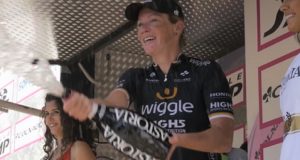