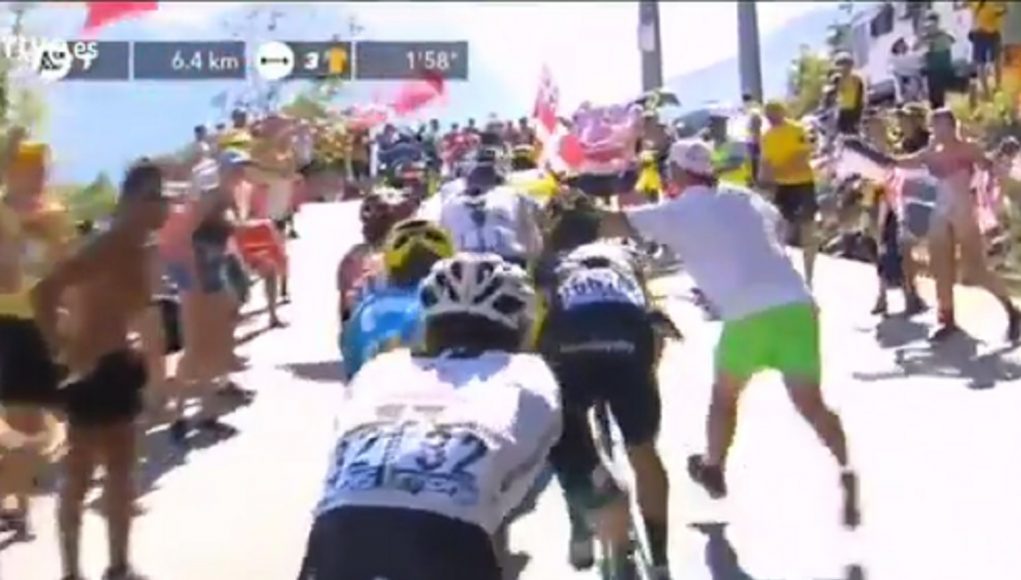 The incident happened on the final climb of the stage to Alpe d’Huez with about seven kilometres remaining. Froome was in a small group alongside race leader and team-mate Geraint Thomas, Tom Dumoulin (Team Sunweb), Vincenzo Nibali (Bahrain Merida Pro Cycling Team) and Nairo Quintana (Movistar Team) amongst others when the man ran from the right-hand side of the road and appeared to try and push Froome.

Fortunately, the man did not appear to make much contact and Froome was able to ride on.

According to some reports, the man was later arrested. Sam Edmunds of the Sun Herald tweeted afterwards: “A spectator who ran over to push Chris Froome in the middle of the race seen on the ground in cuffs at the finish”

The Briton went on to finish fourth on the stage which was won by Thomas and last year’s winner retained his 2nd place overall, 1’39” behind Thomas. 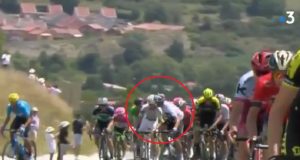