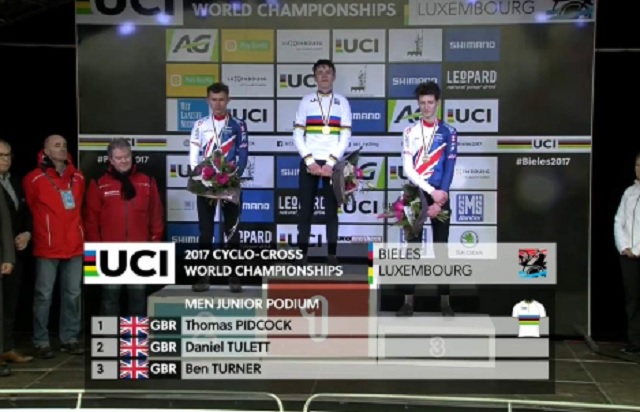 Pidcock was one of the favourites going into the race having won two out of three World Cup rounds he participated in and suffering a late mechanical in the third. The 17 year-old lived up to his favourite tag showing great skill and strength on the difficult course.

The Briton started cautiously with French rider Maxime Bonsergent leading the charge. Pidcock eventually caught the French rider and was able to pull clear. Bonsergent was subsequently caught by Turner but still looked good for a medal until he suffered a mechanical.

After going clear, Pidcock looked in full control and showed great skill on the numerous slippy sections of the course with a number of riders crashing out of the race. He had enough time at the finish to receive congratulations from the crowd and upon crossing the line, raised his bike head height in triumph.

The British team lined up with black armbands in honour of Charlie Craig, the talented young cyclocross rider who died recently and their team performance was a remarkable tribute.

“I just made sure I didn’t crash,” Pidcock said afterwards. “Just stayed upright and let the legs do the work. It’s amazing, all three of us on the podium. It’s history. It’s amazing.” 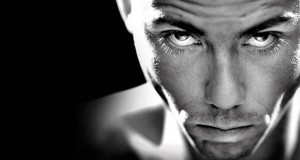