Tom Dumoulin is planning on lining up at the Giro d’Italia next year, in a bid to defend his title, according to De Telegraaf. However, whether he also lines up at the Tour de France is unclear.

According to the Dutch newspaper, Dumoulin and Team Sunweb have confirmed his participation to the Giro organisers.

Following the opening stage in Jerusalem, two road stages are set to take place in Israel before the race entourage moves to Italy for Stage Four, a 191-kilometre stage between Catania and Caltagirone on Sicily. 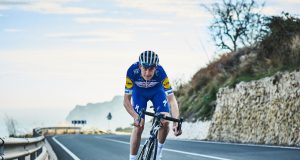 Laurens de Plus returns to the peloton following injury