Tom Boonen (Etixx-Quick Step) suffered misfortune on today’s fourth stage of the Eneco Tour when he crashed heavily and landed on his head after hitting a pothole.

The former World Champion was reaching for food in his pocket and hit the pothole, losing control of his bike. The 35 year-old was attended to by the team’s doctor who recommended that Boonen should withdraw from the race as a precautionary measure.

Boonen travelled by ambulance to the nearest hospital – St. Vincentius Hospital in Deinze – where his condition was evaluated. X-rays didn’t reveal any injury and he was cleared by doctors to go home. He plans on resting until the weekend before returning to training. 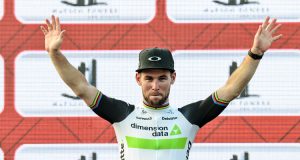