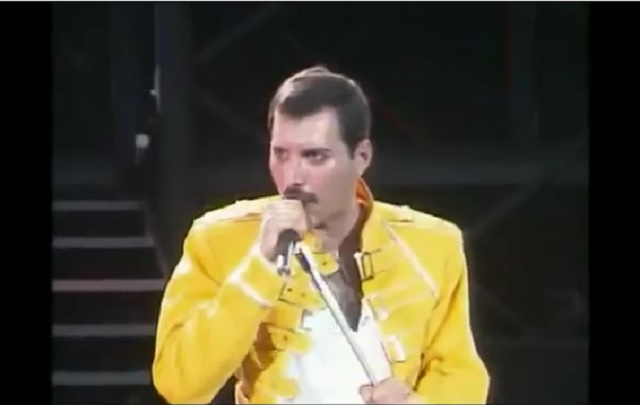 In the summer of 1978, Bernard Hinault was emerging as the next big thing in cycling. That July, the Breton was on his way to winning the first of five Tours de France.

Hinault had been one of the pre-race favourites after his Vuelta a Espana win earlier that year. What was also helping to position Hinault as one of the favourites was the fact that the 1976 Tour winner Lucien Van Impe had broken his collarbone and the previous year’s winner Bernard Thevenet was out of form.

It had been quite close on GC for the first couple of weeks of the Tour, but it became a two-horse race between Hinault and Joop Zoetemelk, after race leader Michel Pollentier was kicked out of the race after his win at Alpe d’Huez.

The Belgian rider had taken over the race lead at the Alpe, but was found trying to use somebody else’s urine at the doping control. Zoetemelk became the new race leader, but would lose the lead to Hinault in the final time trial.

While all this was going on, the British rock band Queen were recording their seventh studio album – Jazz – in the South of the country. The album featured some of their best-known songs such as Fat Bottomed Girls and Don’t Stop Me Now. Another song from the album which was released as a single was Bicycle Race. That song has gone on to become the most famous cycling song ever.

Queen had started to produce their album in Super Bear Studios, in Berre-les-Alpes near the Côte d’Azur, However, half-way through recording, they decided to move north to continue recording in Mountain Studios in Montreux, and it was fortunate that they did.

While they were in the Swiss town, the 18th stage of the Tour from Morzine to Lausanne passed by, and it was said that witnessing the spectacle had inspired Freddie Mercury to write Bicycle Race.

The stage saw French rider Mariano Martinez go on the attack in a bid to take over the King of the Mountains jersey from Hinault. Fortunately for Martinez, at that stage of the race Hinault was focused on the GC.

Martinez led over the climb at Pas-de-Morgins on the French-Swiss border and also the Côte de Blonay, not long after they had passed Mercury in Montreux. His performance that day was enough to allow him to take over the mountains jersey which he held to the finish in Paris.

Martinez was pulled back by the bunch and 8 kilometres from the finish, a group went clear which included Gerrie Knetemann, Joseph Bruyère, Paul Wellens, Joaquin Agostinho and Edouard Janssens.

With 2 kilometres remaining, Knetemann jumped away and held on to win by thirteen seconds from Bruyère. Zoetemelk held on to yellow, but would lose it two days later.

Three months after that Tour stage, Bicycle Race was released as a single. It reached No. 11 in the UK charts and No. 24 in the US charts. However, controversy surrounded it. The video caused a bit of a scandal as it featured 65 naked women racing bikes at Wimbledon Greyhound Stadium.

The group had rented the stadium and several dozen bikes for one day for filming the scene. However, when the renting company became aware of the way their bikes had been used, they requested that the group purchase all the bicycle seats!

This is the video for the song: 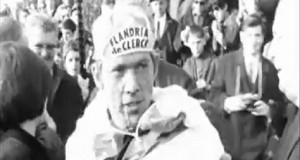