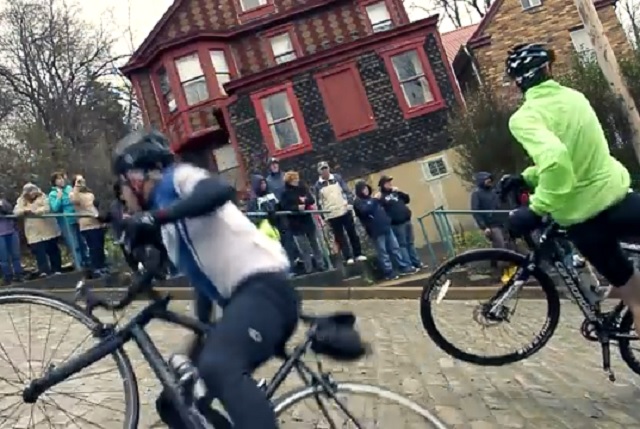 Every year, hundreds of cyclists gather to ride up thirteen (a baker’s dozen) of the steepest streets in Pittsburgh.

The race includes Canton Avenue which is the steepest officially recorded public street in the United States with an apparently steepest gradient of 37%.

A whistle signals the rolling start of each hill. The top male and female riders on each hill score 1 to 10 points, with the first place rider scoring 10 points and the tenth place receiving 1 point.

The final standings are established by cumulative points throughout the event. In order to qualify as a finisher, riders must complete each hill in the event without losing forward progress or dismounting from the bicycle.

If a rider fails to maintain forward progress, he or she must descend to the bottom of the hill and ride to the top according to the event rules.

For this year’s race, a film company decided to take a look at the race from a different angle. The filmmakers of Random Found Objects Photography changed the angle of the streets to make them appear to look flat. 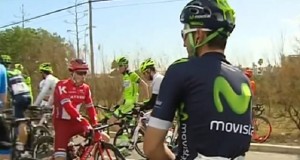