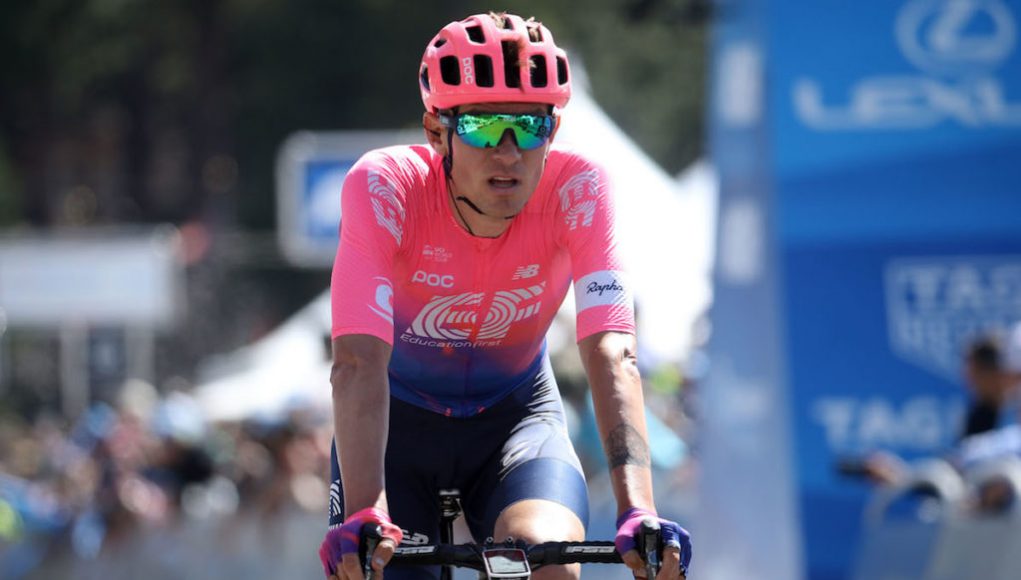 Tejay van Garderen (EF Education First Pro Cycling) has been forced to withdraw from the Tour de France after breaking his hand in a crash on stage seven.

The incident occurred just outside the start town of Belfort, seven kilometres into the longest stage of the Tour. Van Garderen hit a traffic island causing him to fall heavily on his hand, face, and front of his body. Mike Teunissen of Jumbo-Visma also hit the ground in the incident.

“The crash was a result of a personal error,” said van Garderen. “I was looking down at my bike because I saw something caught up in it, like a piece of paper, so I was looking down and I hit a median. I have no one to blame but myself, and I really hope that no one else got hurt because of me.”

Van Garderen’s teammates rallied around him in the aftermath and, after an initial medical inspection, he remounted his bike and rode the rest of the 223-kilometers to the finish into Chalon-sur-Saône, losing contact with the main group only in the last five kilometres.

He received an immediate medical examination at the finish line with the team’s head doctor, Kevin Sprouse, and from the Tour de France’s doctor as well. The two determined van Garderen required an X-ray, which was performed by the race radiologist. The X-ray confirmed that van Garderen had broken his hand.

“After today’s stage, Tejay had his wounds cleaned and bandaged,” Sprouse said. “We then went for an X-ray. In addition to multiple abrasions, it was determined that he has a nondisplaced fracture at the base of his first metacarpal on the left hand. He has been placed in a splint and will not start stage eight.”

“We never want to see a rider leave the Tour like this,” EF Education First Pro Cycling CEO Jonathan Vaughters said. “There is a huge amount of work that goes into the preparation for this race, no one wants to be there more than these riders do. After talking with Tejay, our doctor, and race directors this evening, we’re not only concerned about Tejay doing lasting damage to the fractured bone if he were to continue riding, but we are also concerned for the safety of others, too. Full use of your hand is important when racing alongside 180 riders.”

“We will miss having him in the team,” Vaughters added. “He has showed great form coming into the race. We wish him a speedy recovery and hope that he’ll be back racing again soon.”

“All I’m thinking about now is the disappointment, less for myself and more for the team,” said van Garderen. “Rigo and Woods, they both have a big chance to podium, to win stages, even to win the whole damn Tour. I would have loved to have been a part of that, to contribute to that, but unfortunately, as all cyclists have become accustomed to saying, these things happen.” 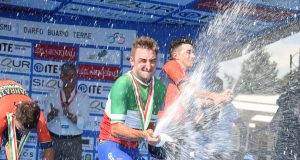