The pair made the trip to FC Barcelona’s Ciutat Esportiva Joan Gamper training facility and met up with the likes of Neymar, Dani Alves and Luis Suarez before Messi was awarded with two gifts.

The four-time Ballon d’Or winner was unable to take a ride on his new bike right away as he is recovering from a knee injury.

It was Team Sky mechanic David Fernandez who organised the presentation. Fernandez and Messi share a mutual friend who asked about the possibility of getting Lionel a bike. Fernandez – a huge football fan – contacted Pinarello and Rapha.

Pinarello provided a custom paint job to the F8 frame with Messi’s nickname and squad number embossed on the top tube, seat tube and forks, while Rapha printed the same details onto his sleeve. 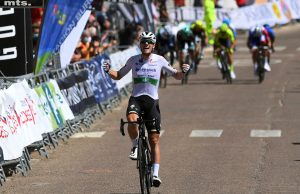 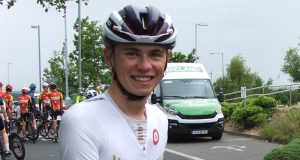