The winner of this year’s Tour de France made the winning move just under 2 kilometres from the finish, after team-mate Ivan Sosa had reduced the leading group to a select few. At the time of Bernal’s attack, Martin had lost a few metres, but still held on to secure a place in the top five.

Earlier on in the race, Martin had crashed on a corner when his front wheel slipped. He escaped relatively unscathed however.

The result comes at a good time for Martin as he goes into the final Monument of the season on Saturday, Il Lombardia, where he won back in 2014. The race will be the last time he will appear in UAE Team Emirates colours, as he joins Israel Cycling Academy next season. Other previous winners who will line up in Bergamo are Vincenzo Nibali (Bahrain Merida), Philippe Gilbert (Deceuninck – Quick Step) and Esteban Chaves (Mitchelton-Scott).

Daniel Martin: “My legs were really good today but Bernal was so strong. I crashed early on. My front wheel went from under me on one of the corners and I came down. It wasn’t ideal but I’m okay. We’re going into Lombardia relaxed, Ulissi is going really well too so we have a strong team.” 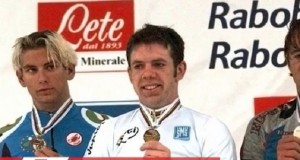 Mark Scanlon features on GCN’s ‘Where Are They Now?’ Series (VIDEO)